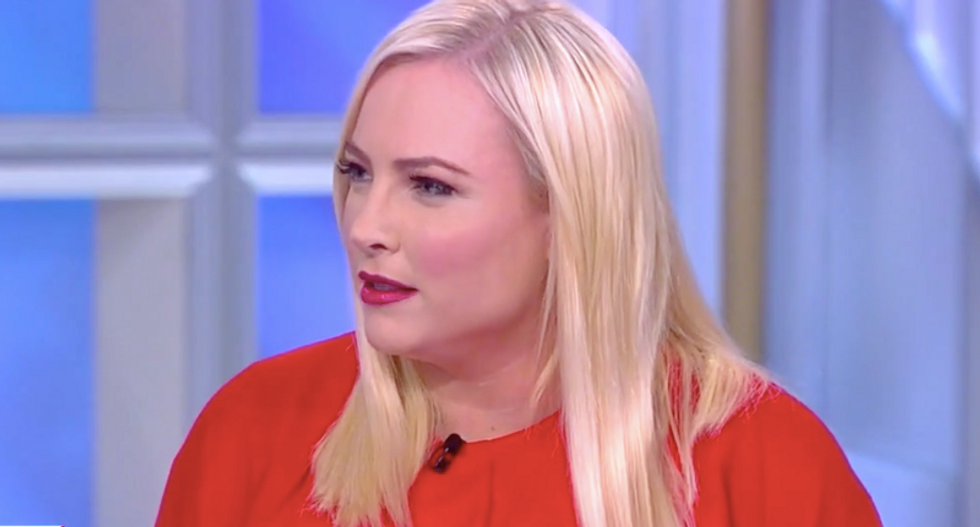 "The View" co-host Meghan McCain claimed any other president would have ordered the assassination of Iranian general Qassim Suleimani -- but she was swiftly set straight.

ABC News political director Rick Klein appeared Monday to discuss the targeted killing and its ramifications, but McCain didn't see what was the big deal about Suleimani's death.

"Rick, when this first happened, Iran has been escalating their attacks for months and months," she said. "I mean, they were harassing our warships, firing rockets to American troops, orchestrated a rocket strike that killed a U.S. contractor and wounded four service members and then obviously stormed the U.S. embassy."

McCain didn't understand the criticism that President Donald Trump had faced since the assassination was carried out.

"I made the argument to a friend of mine yesterday that I don't think a President Marco Rubio or President (Mitt) Romney would have necessarily done anything different by taking out Suleimani. Why do you think people are reacting this way to Trump doing this?"

"In part, because of the track record and it's because of this president and the way he's conducted himself not just in foreign policy but domestic policy, and the fact that he's sitting under impeachment and would have reason to maybe distract," Klein said.

He then disagreed with the central premise of McCain's argument.

"I also think if this was another president, a President Rubio or Romney, I think there would be still questions asked which are the right questions to ask," Klein said. "When you use military force to kill a guy, you want to know what was behind it."

McCain argued that Suleimani got what he deserved.

"Suleimani was the head of one of the largest foreign terror organizations," she said, "and I think that's being missed in this conversation."

Co-host Sunny Hostin then asked Klein to correct another one of McCain's arguments.

"Isn't it true that other presidents were given the option to kill him and didn't take that option?" she said.

Klein agreed that was apparently true.

"We've heard that from Gen. (David) Petraeus, who served the previous two presidents, that there were opportunities for Presidents (George W.) Bush and (Barack) Obama to get Suleimani and they decided not to because they were worried about the repercussions," Klein said. "You can't go apples for apples, necessarily, but I think everybody in the foreign policy establishment knew that taking out someone who's not just a terrorist, but also someone who's a member of a government, a sitting position in a government, that's a provocative action. It's actually tantamount to war."