The View's Meghan McCain thinks Pam Bondi did a good job: 'We're talking about Hunter Biden on the show' 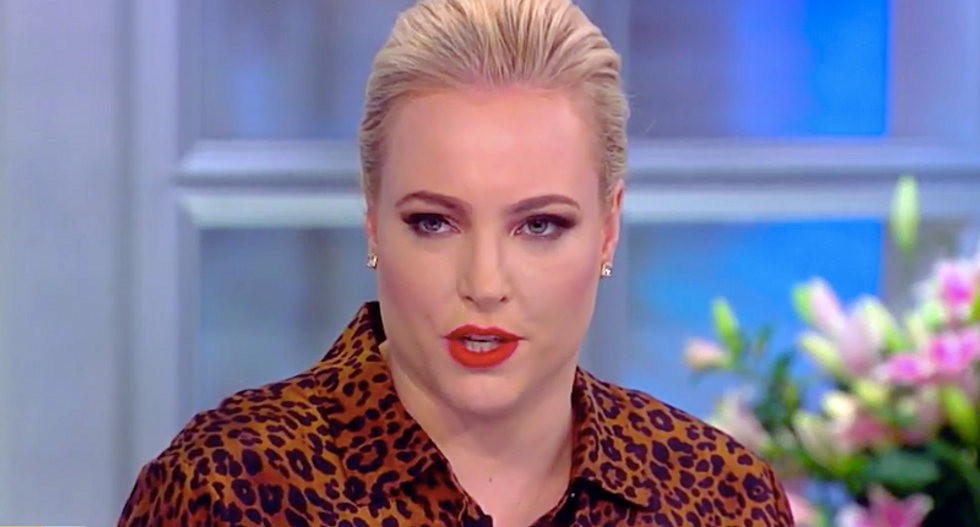 "I watched a bit of Pam Bondi yesterday when I was home, and I, along with 51 percent of the American public, according to 538 which is a pollster, by the way, that works for ABC News, in case you want to question this poll, think this is a bad use of Congress' time."

"I watched Pam Bondi yesterday," she added, "and I thought it was effective in the sense that we're talking about Hunter Biden on the show today, and so it's trying to push the narrative in a different direction. Hunter Biden was a problem for the Obama administration, which it came out that they thought his relationship with Burisma was a problem."

The conservative McCain simply doesn't believe Democrats have made their case for Trump's conviction because she doesn't know any Republicans who've changed their minds.

"I think we're all in our lanes," she said. "If you think that President Trump should be hauled out in golden handcuffs, that's your lane. I'm more interested in the fact that Bernie Sanders is surging everywhere, and that's what I was talking about with my family and friends last night. I think the average American is, no matter which side, is probably looking at what happens in 2020. The Iowa caucus is in six days."