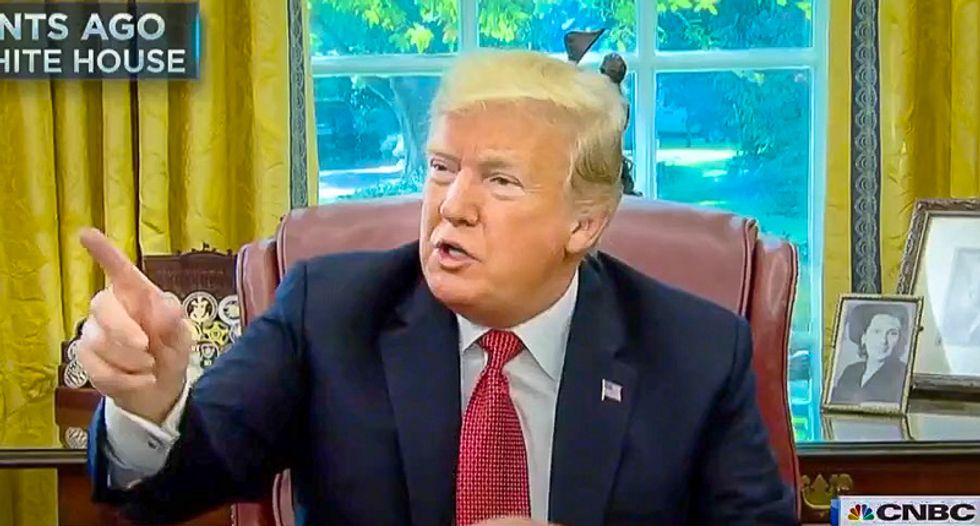 President Donald Trump whined in the White House Tuesday that his attacks on Iran haven't distracted people away from impeachment.

Pundits and political analysts have speculated that the reason Trump attacked Iran when he did was a means of spurring his image and reelection.

MSNBC host Ali Velshi then had to step in to fact-check Trump's comments.

In 2011 and 2012, Trump frequently tweeted that former President Barack Obama would bomb Iran so he could win reelection. He also posted a video about it in 2011 saying that Obama had no ability to negotiate. It obviously never happened and Obama instead formed a treaty with the country. Trump, by contrast, has left Iranian attacks to slide until the election year began.

Republican political operative Steve Schmidt explained that Trump was willing to spill blood so he could get reelected in 2020.

“We’re in a dangerous hour in this country. This was a major escalation by President Trump," Schmid said. “What’s predictable — looking at the Ukraine issue, every issue is he, over and over again acts in his own political interests."

“Looking at impeachment, what he did, for sure, is survey the situation and understood that with this action, with this strike, that he would create a giant smokescreen that clouds and distracts around the issue of impeachment,” he later suggested.

Watch the video of Trump below: