US lawmakers urge action on 'crimes against humanity' in China 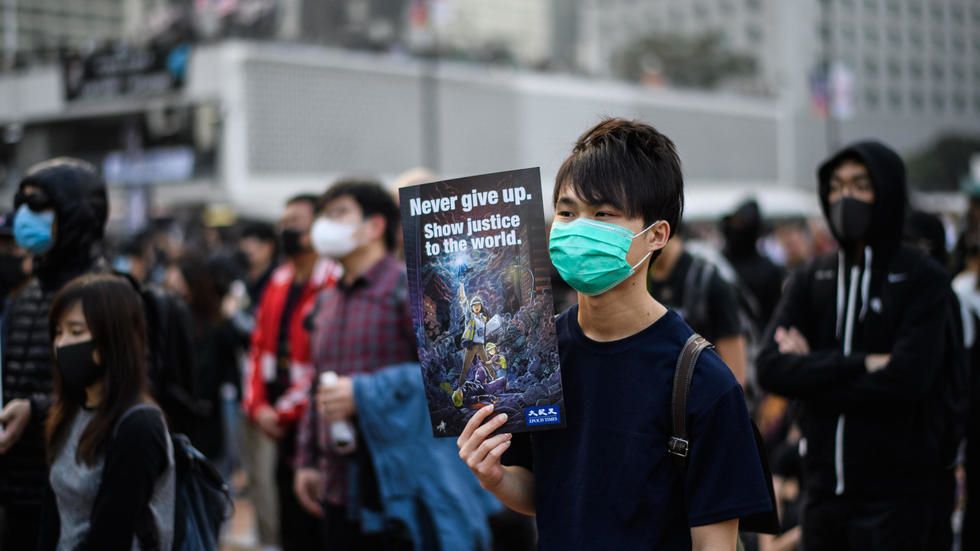 US lawmakers called Wednesday for President Donald Trump's administration to impose sanctions over rights abuses in China as they released a report describing "crimes against humanity" towards the Uighur minority.

In a wide-ranging annual report, the Congressional-Executive Commission on China, which tracks human rights in the Asian power, voiced alarm at Beijing's incarceration of more than one million Uighurs and other Muslims in the western region of Xinjiang.

"The Commission believes Chinese authorities may be committing crimes against humanity against the Uighur people and other Turkic Muslims," it said.

Representative Chris Smith, a member of the commission, pointed to Uighur witnesses who said they were targeted for their Muslim faith.

"We are talking about crimes against humanity on a massive scale," Smith told a news conference.

"We are talking, with regards to what is being done to the Uighurs, something we have not seen since World War II. And the Chinese government, particularly (President) Xi Jinping, needs to be held accountable for this egregious behavior," he said.

China's foreign ministry on Thursday dismissed the commission's report and accused US lawmakers of making "unwarranted accusations against China."

"This so-called committee is blind from its prejudices," said spokesman Geng Shuang at a regular press briefing in Beijing.

"It has no credibility," he said.

Senator Marco Rubio, a close ally of President Donald Trump and co-chair of the commission, vowed that Congress would soon pass an act that seeks sanctions on officials over abuses and restricts exports of surveillance and other equipment seen as assisting in repression in Xinjiang.

"The House and Senate agree on what we're trying to do. Just the language has to be identical," Rubio said, without promising a date.

Lawmakers said it was crucial that the Trump administration implement the Uighur rights law -- as well as a separate act on Hong Kong and an upcoming initiative on Tibet.

Congress last year nearly unanimously approved an act that ties US favorable trading status for Hong Kong to certification that Beijing has preserved the semi-autonomous status of the city, which has seen massive pro-democracy protests.

Trump signed the law after musing on how it could jeopardize his efforts to press China in an intense trade war.

Rubio said lawmakers across the partisan divide wanted to prioritize human rights but acknowledged that the administration was also concerned about trade.

"I do think that, by and large, they are supportive of what we are saying but, again, the proof will be in the implementation" of the act, Rubio said.

Representative Jim McGovern, a Democrat who co-chairs the commission, said he appreciated the Trump administration's strong statements on Xinjiang but said there needed to be action.

"I think we need to get beyond talking the talk. We need to actually walk the walk," he said.

Uighur activists and witnesses say China is forcibly seeking to integrate the ethnic group. Beijing argues that it is offering vocational training in a bid to discourage extremism.