40 donors are spending over $500,000 to spend Saturday night at Trump’s most expensive fundraiser ever 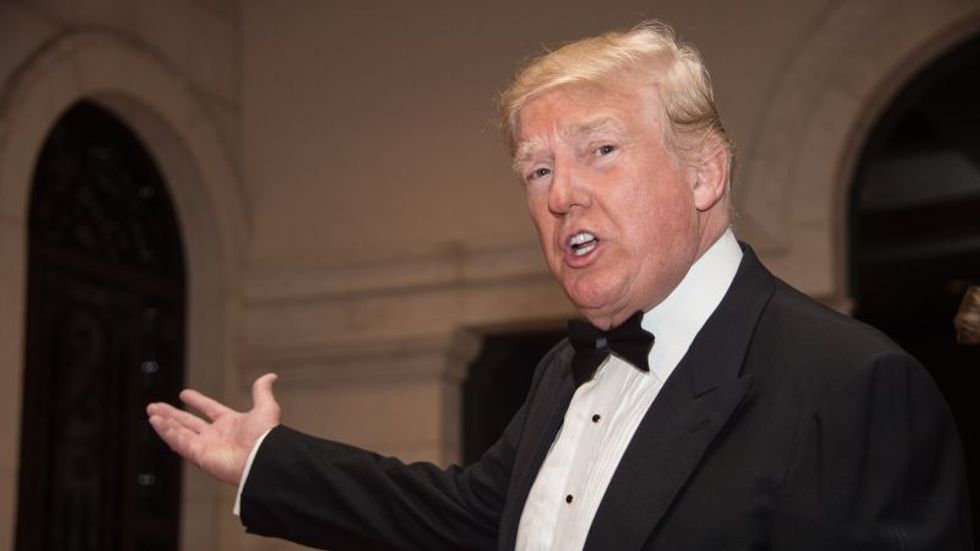 President Donald Trump is spending Saturday night at his most expensive fundraiser ever as he builds an unprecedented war chest for his 2020 reelection.

Billionaire Nelson Peltz is hosting the fundraiser, which has a ticket price of $580,000.

The White House pool reporter says the campaign expects to raise $10 million from 40 people at the fundraiser.

"Others on the guest list are Ike Perlmutter, a Trump friend and chairman of Marvel Entertainment, and Louis DeJoy, fundraising chair for the 2020 Republican convention, according to a person with knowledge of the gathering, who spoke on the condition of anonymity because the event is private," The Washington Post reported Friday.

“The President will participate in a fundraiser at a private residence for Trump Victory, a joint fundraising committee authorized by and composed of Donald J. Trump for President, Inc. and the Republican National Committee," the White House said in a statement.