'A giant political nightmare': Senator predicts Republicans will be haunted by Trump impeachment vote for years 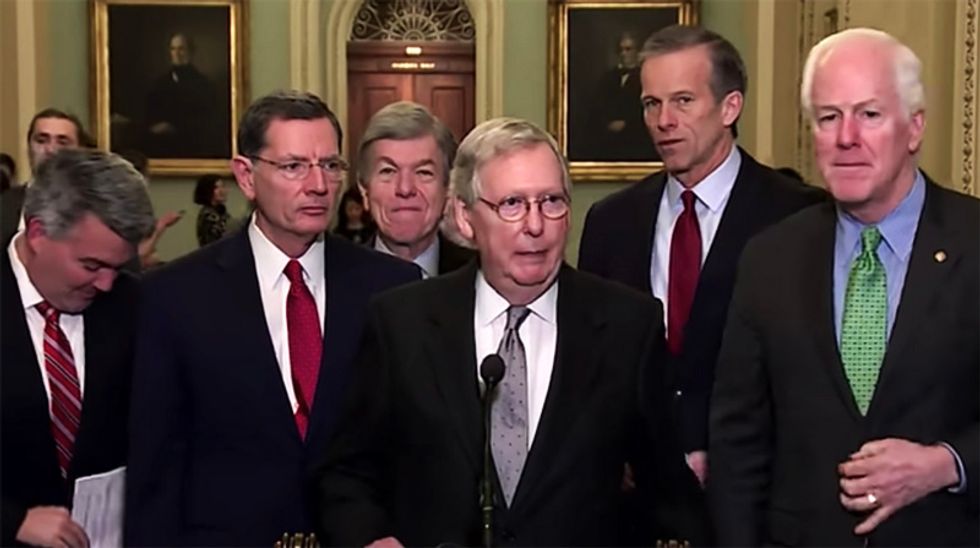 In a deep dive into how Senate Majority Leader Mitch McConnell (R-KY) was able to keep his caucus in line before they voted to block any witnesses or additional evidence to be introduced into the impeachment trial of Donald Trump, one Democratic lawmaker said they -- and their party -- will live to regret it for years.

According to the report from Politico, where the GOP would go hinged on Sen. Lisa Murkowski (R-AK), noting, " On Friday morning the interest in Murkowski was overwhelming. CNN fixed a camera on the hallways outside her office in case she would emerge and break the news. When Murkowski left her office, she dipped out the back, bumped into E&E reporter Geof Koss and gave him the news: She was a ‘no’ and Roberts would not have to break the tie."

"The moment confirmed what GOP leaders had been projecting all week: The witness vote would fail, and Trump would be acquitted by a Senate that never heard from former national security adviser John Bolton, even as new revelations in a forthcoming book rattled Washington," Politico added.

However, Sen. Chris Murphy (D-CT) said that one vote may have altered the future of many GOP lawmakers, including some who are facing re-election in November.

according to Politico, Murphy said "the GOP’s move to dismiss relevant witness testimony will be cited for years to come and be wielded by Democrats in upcoming Senate races," adding it would amount to a “giant political nightmare for Republicans.”