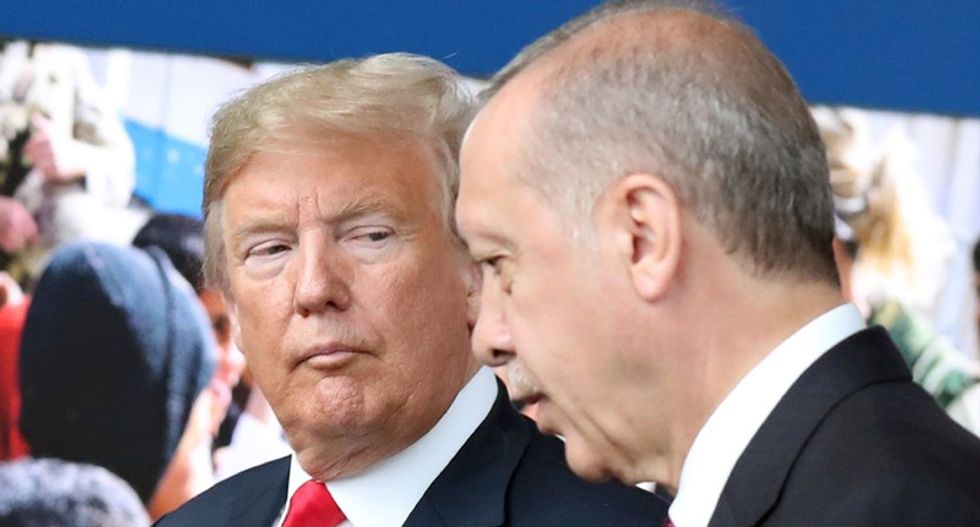 Attorney General William Barr tried to block the prosecution of a Turkish bank after the country's president asked President Donald Trump for help.

The attorney general personally intervened on behalf of Halkbank last year but was unable to stop prosecutors charging the bank in October with fraud, money laundering and sanctions offenses, reported CNN.

Barr tried to direct a settlement that would have allowed the bank to escape indictment, but U.S. Attorney Geoffrey Berman of the Southern District of New York insisted on criminal prosecution.

Turkish president Recep Tayyip Erdoğan had asked Trump for help with the case in April, according to previous reports, and the president told him that Barr and Treasury Secretary Steve Mnuchin would handle the matter.

Mnuchin’s office confirmed to Sen. Ron Wyden (D-OR) that Treasury officials became involved in the case on Trump's orders, according to a letter the lawmaker wrote last week to Barr.

Wyden said officials had told him that Trump, Mnuchin and White House senior adviser Jared Kushner had met with Turkey’s finance minister and Erdoğan's son-in-law in the Oval Office last April, but they did not reveal what had been discussed.

The indictment against Halkbank was filed one day after Trump imposed sanctions on Turkey for its invasion of Syria.