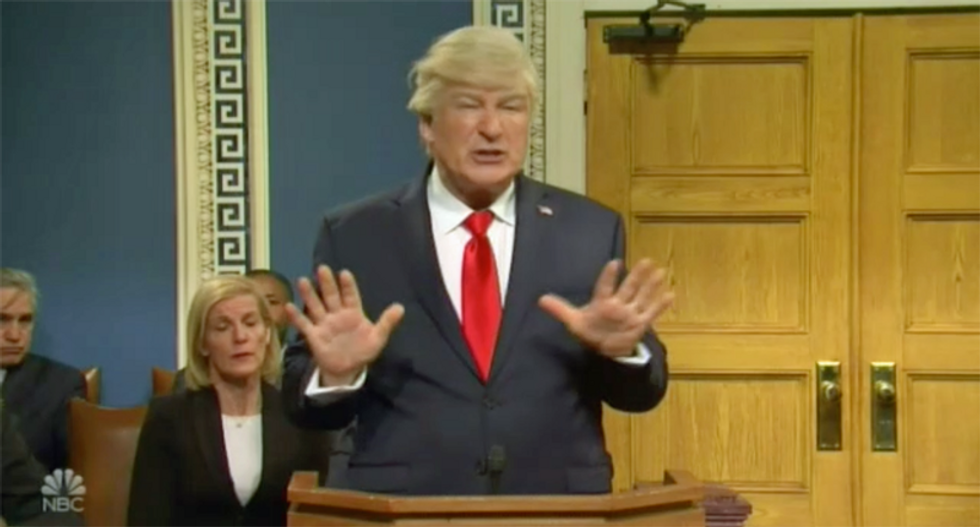 "After months of anticipation, the impeachment trial of President Trump wound up consisting of two weeks of dry debate and posturing and will now conclude without any witness testimony or new evidence," the skit began. "For those hoping for more, here is ... 'The Trial You Wish Had Happened.'"

SNL then featured a court television-style trial of the leader of the free world.

Senate Majority Leader Mitch McConnell (R-KY) was featured and argued, "All men are innocent after being proven guilty."

And the President himself, played by Alec Baldwin, testified after walking into court in a walker, as Harvey Weinstein had done.

"Ladies and gentlemen of this government place, what I've learned through this trial is that clearly nothing I do or say has any consequence, so I'd like to come clean about everything," the president argued.

"The call with the Ukraine wasn't perfect, it was illegal, and frankly it was a butt-dial," Trump admitted.

"Also, I watch CNN all the time," he continued. "And it's awesome."