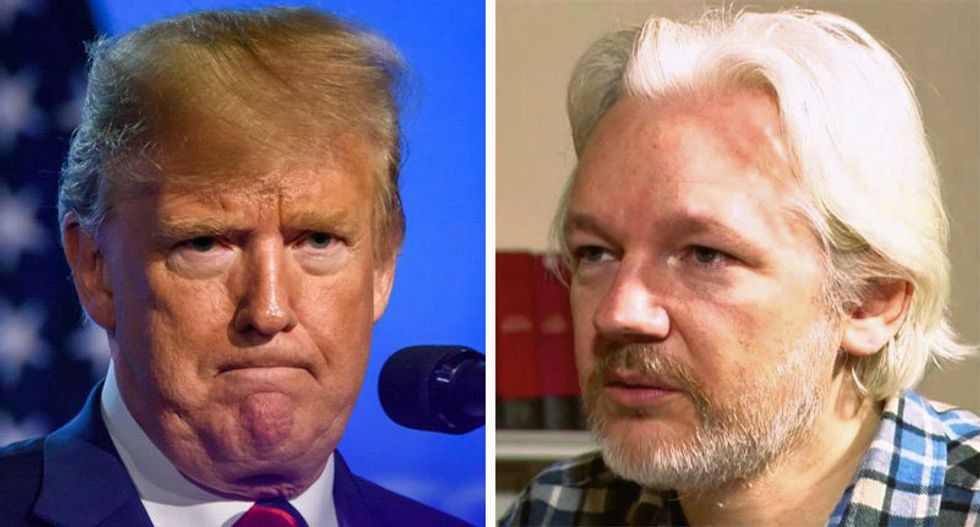 WikiLeaks founder Julian Assange claims President Donald Trump dangled a pardon through a Republican lawmaker if he agreed to cover up Russia's involvement in 2016 election hacking.

Assange's lawyer Edward Fitzgerald told a London court Wednesday that former Rep. Dana Rohrabacher had passed along the offer in exchange for testimony that Russia had nothing to do with DNC leaks -- and the allegation shocked legal experts and other social media users.

Huge if true, but interesting because it doesn't seem like Assange would need incentivizing to say this--he's long… https://t.co/Q2Uf7deX31
— Natasha Bertrand (@Natasha Bertrand) 1582130639.0

This Trump/Assange/Rohrabachar thing is amazing, and not least because if the House investigates then Kevin McCarth… https://t.co/Xj064tROKW
— Tom Scherschel (@Tom Scherschel) 1582135506.0

Rohrabacher statement about the Assange meeting from back when it happened https://t.co/UBnOBfW4pV
— Andrew Prokop (@Andrew Prokop) 1582131970.0