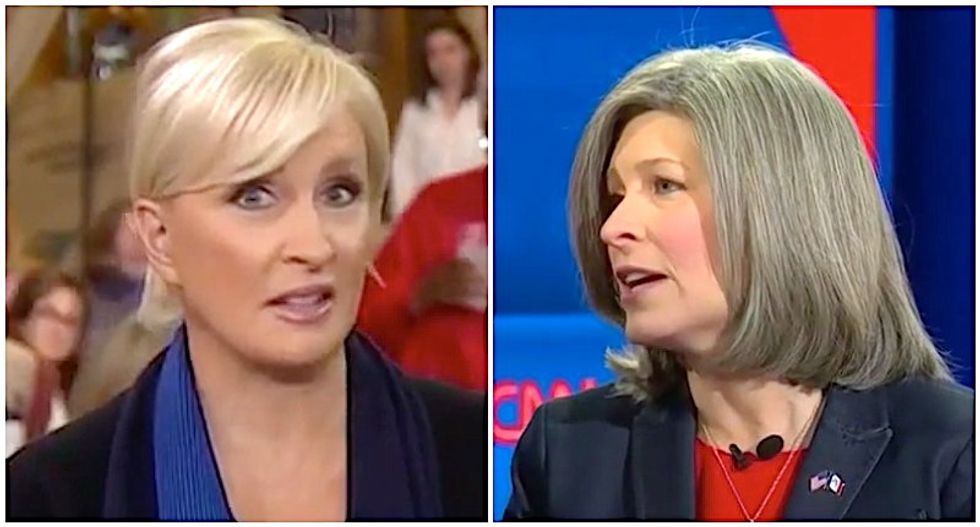 MSNBC's Mika Brzezinski drew another round of cheers at an Iowa coffee shop by denouncing Sen. Joni Ernst and other Republican senators as "useful idiots."

The "Morning Joe" co-host mocked President Donald Trump as a "stone-cold idiot" for confusing Kansas with Missouri, drawing a round of cheers from customers at Java Joe's in Des Moines, and she got another round by taking a shot at their junior senator for suggesting Joe Biden should be impeached, if elected.

"You know, the president does have a lot of latitude when surrounded by a bunch of useful idiots who will say anything -- anything -- to defend him," Brzezinski said, as the Iowa crowd applauded. "So pathetic, it's really hard to watch. Is that going to be Lamar Alexander's legacy? Really? Leaving the Senate?"

"Really," she added. "Thanks for not saving the democracy -- good on ya."