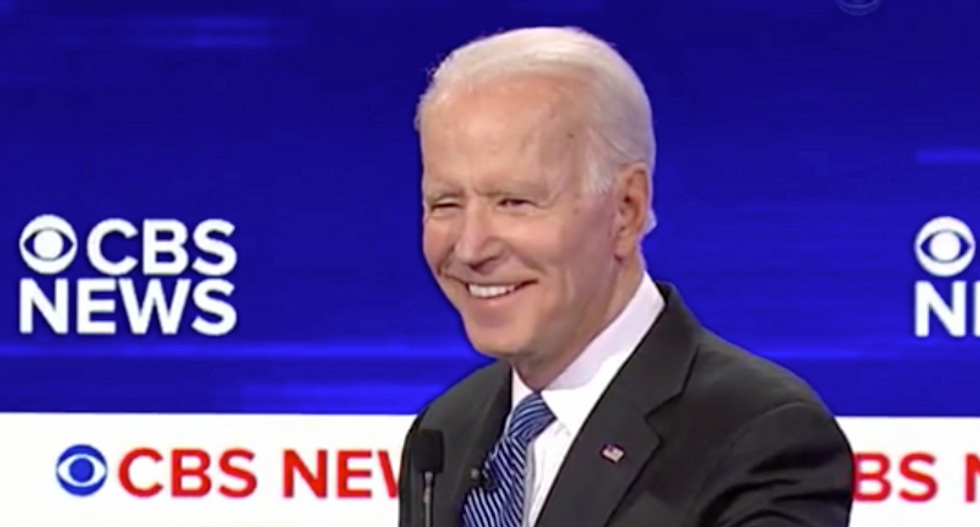 The moderators at the Democratic debate in Charleston, South Carolina have been broadly panned for failing to maintain control of the discussion, and allowing candidates to shout and talk over one another.

Towards the end of the debate, former Vice President Joe Biden — who spent much of the time with his hand up as other candidates shouted at each other — went out of his way to acknowledge his frustration at the lack of organization in the debate, after running out of time during a question about foreign policy.