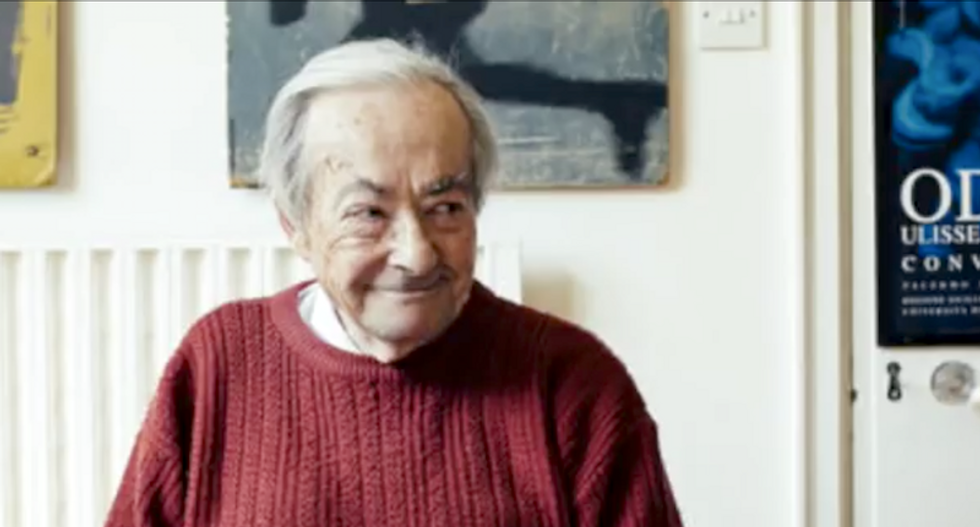 In 2019 the community of literary scholars marked the passing of the pugilistic and controversial critic Harold Bloom; now only two months into the new decade and we’ve lost the no-less ambitious critic George Steiner at the age of 90. While both men were prone flights of metaphysical abandon and strong opinion, it was Bloom who was more widely known among the general public, whereas at times even literary theorists and critics seemed unaware of Steiner. It was their loss, for the polymathic Steiner was arguably the most brilliant, engaging, and creative of the twentieth-century’s English-language critics.

Steiner was incapable of writing anything boring, and he stands as the model of the critic who perhaps produced more that was interesting than that which was, strictly speaking, accurate (and was all the better a critic for it). Steiner avoided mundane questions of literary canonicity, though neither was he an adherent of cultural studies literary criticism with its “Literature is politics by other means” ethos. He rather belonged to a generation of Jewish scholars from more than half-a-century ago, figures like Walter Benjamin, Gershom Scholem, and Hannah Arendt who drew from both European high culture and Jewish mysticism, and who were omnivorous in their fascinations.

Steiner examined religion, culture, and literature in dozens of books published between 1952 and 2011. A survivor amongst the civilization of Jews who perished in the Holocaust, Steiner was haunted by that devouring, and its divine absence was a constant theme in his corpus. Controversially, Steiner formulated a theory of antisemitism which saw that perennial hatred as a backlash against the exacting, universal moral standards that Judaism introduced to the world.

He claimed that the great monotheistic prophets and their respective creeds were: Moses and his Judaism, Christ and Christianity, and Karl Marx’s socialism. “These are the three stages, profoundly interrelated, through which Western consciousness is forced to experience the blackmail of transcendence,” he wrote, arguing that rage against the ethical imperatives of this trio’s universalism is the genesis of antisemitism. Such was the concept explored in his only work of fiction, his 1981 novel The Portage to San Cristobal of A.H. which imagined a group of Mossad agents forced to put an aged Hitler on trial in the Amazon forest after their reconnaissance mission to retrieve him and bring him to Israel for trial has failed.

Provocative ideas were Steiner’s medium. In Bluebeard’s Castle: Some Notes Towards the Redefinition of Culture, published in 1971, Steiner asked not just of where God was in the nihilism of the Shoah, but of how we’re to possibly understand anything as obscene as “culture” in the aftermath of such meaningless devastation. Echoing Theodor Adorno (with whom he shared some intellectual affinities), Steiner wrote of the Holocaust in Language and Silence: Essays 1958-1966 that “We come after. We know now that a man can read Goethe or Rilke in the evening, that he can play Bach and Schubert, and go to his day’s work at Auschwitz in the morning.”

2001’s Grammars of Creation was an idiosyncratic, almost Kabbalistic theory of what in the context of art and literature the word “creation” could possibly mean, going beyond both materialist explanations and conservative reductionism. The critic’s most famous contribution was 1975’s After Babel: Aspects of Language and Translation (which even served as inspiration for an 80's avant-garde rock band, "News From Babel"). That book saw Steiner placing translation at the center of all human expression, where “To understand is to decipher. To hear significance is to translate.” After Babel argues that translation is not something which must be done to language occasionally, but indeed that it defines language. All expression, all statement, all communication is at its core translation, according to Steiner.

A product of the urbane, sophisticated, cosmopolitan world of European Jewry that was almost obliterated by the Nazis, the French-born Steiner was a man who ranged over nations and continents, having taught in Switzerland, Austria, America and Britain, holding positions at those famous universities in the Cambridge on either side of the Atlantic. His readings, interpretations, and analyses were recorded in millions of words, both in academic study and The New Yorker, for which he wrote book reviews.

His vision was so singular, so idiosyncratic, that Steiner is, to some extent, cursed to be the critic who has no students or heirs. Anecdotally speaking, Steiner is rarely cited in dissertations or monographs; out of the thousands of pages that constitute The Norton Anthology of Theory and Criticism, only a few dozen are reserved for him. There is no adjective “Steinerian.” He was almost too strange, too unique, too brilliant to have easy acolytes, and so his colleagues preferred to simply overlook him.

It’s poignant that he passed just a few days after Brexit, for in a manner Steiner was the last of the Europeans. Not that he represented any provincial, nationalistic concerns, but rather that he embodied the cosmopolitan vision of a West that ventured beyond borders. This was a vision of a West that didn’t belong to any particular nation, ethnicity or race, but was humanity’s common inheritance.

Steiner made observations and cultivated arguments with bravery and curiosity. Writing in Language and Silence, Steiner humbly said that the “critic lives at second hand. He writes about. The poem, the novel, or the play must be given to him; criticism exists by the grace of other men’s genius.” Steiner was wrong about this though, for there was nothing at a remove or distance about his own genius. What Steiner’s writing expresses is that sometimes everything hinges upon the about.