Maddow reports on Russia ‘running an op to try and help reelect Donald Trump’ in 2020: ‘Here we go again’ 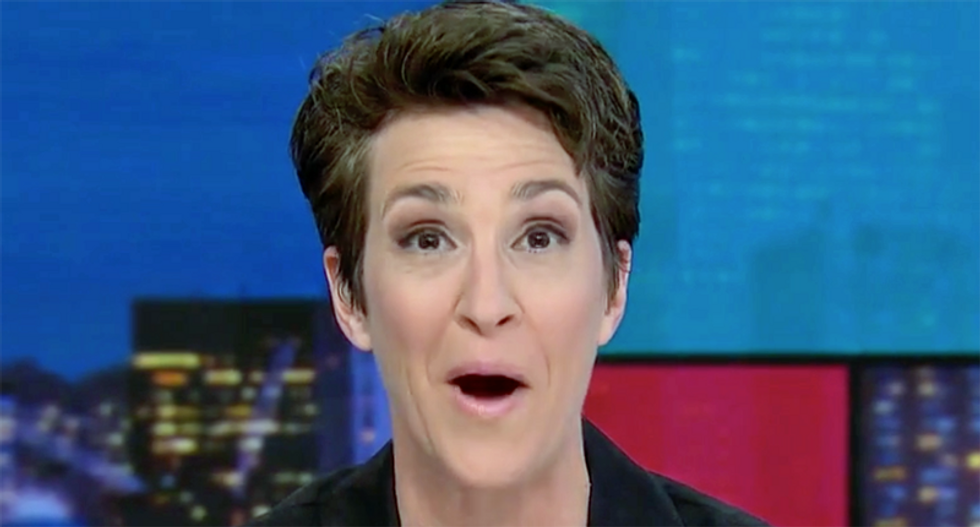 The host of ‘The Rachel Maddow Show’ on MSNBC (screengrab)

MSNBC anchor Rachel Maddow reported on the bombshell report that Russia was actively seeking to help reelect Donald Trump in the 2020 presidential election.

Maddow read a quote from the New York Times report.

"Intelligence officials warned House lawmakers last week that Russia was interfering in the 2020 campaign to try to get President Trump re-elected ... last week’s briefing did contain what appeared to be new information ... that Russia intended to interfere with the 2020 Democratic primaries as well as the general election," the newspaper reported.

"This is specific information from multiple U.S. intelligence agencies conveyed behind closed doors to the Intelligence Committee," she noted.

"It is on! Russia is running an op to try to help reelect Donald Trump in 2020," Maddow reported. "According to the intelligence agencies, it is underway, and for the first time we are hearing that this interference this time around will include trying to target or somehow get inside the Democratic primary process as well."

"Here we go again," she added.