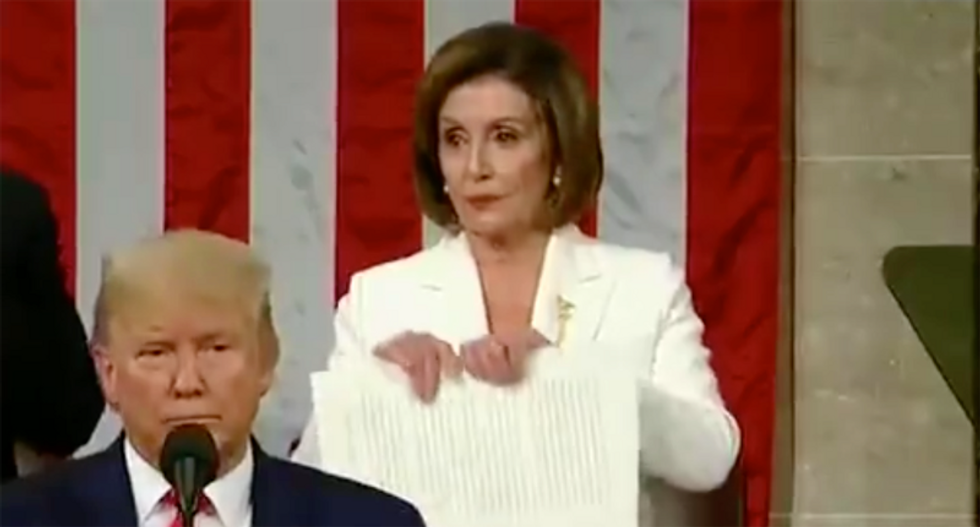 Speaker Nancy Pelosi revealed why she tore up President Donald Trump's State of the Union address during his speech.

"I tore it up," Pelosi replied.

"It was the courteous thing to do," she explained.

“It was the courteous thing to do considering the alternative," she added. "It was such a dirty speech."