‘Possibly the craziest and scariest thing he has done’: Conservative blasts Trump for DNI Richard Grenell 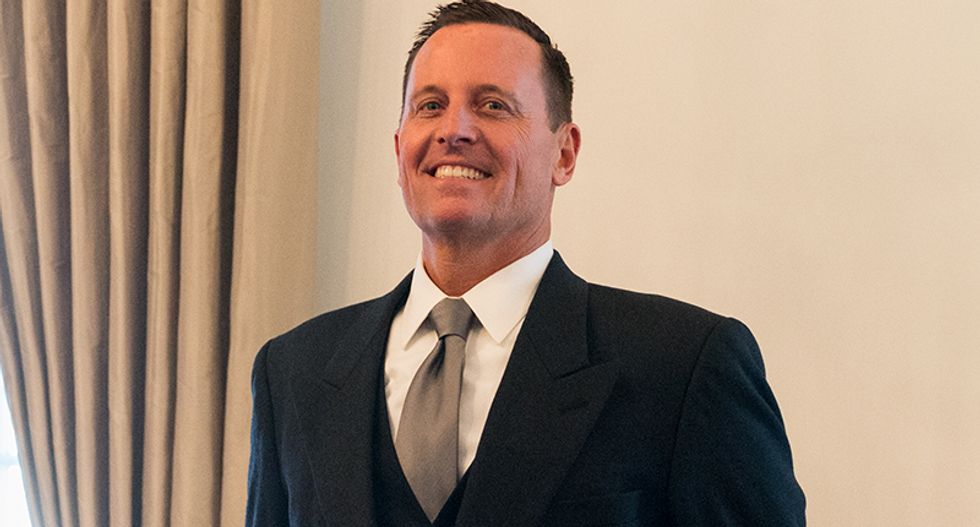 Berlin, Germany, 2018-05-08: The new ambassedor of the USA in Germany, Richard Allen Grenell, pose for the photographers after having presented his credentials at the bellevue palace in Berlin

Previously, Trump was furious at his acting DNI when he learned that Democrats were given an intelligence briefing. The source speaking to the Post said that Trump gave Maguire a “dressing down” that left the former acting DNI “despondent.”

Boot said that it was "quite possibly the craziest and scariest thing he has done."

Appointing a political loyalist means Trump will have greater control on intelligence information. It will now be under the control of what one person called a "rude Twitter troll." But Grenell has zero experience in the world of national intelligence.

“Grenell has no intelligence background," Boot explained. "He spent the George W. Bush administration as the spokesman for the U.S. Mission to the United Nations, where he developed a terrible reputation among reporters. The veteran Reuters correspondent Irwin Arieff told HuffPost that Grenell was 'the most dishonest and deceptive press person I ever worked with. He often lied.' That is a big problem, given that the job of the DNI is to tell the truth — including uncomfortable truths that the president would rather not hear."

None of those things are deal-breakers for Trump though, in fact they're perks.

Even when he was hired by Mitt Romney's 2012 campaign, he didn't last long because he kept denigrating women using "highly personal terms." The second he does that to Ivanka Trump won't go over well.

"By appointing a partisan propagandist to a post that requires strict nonpartisanship, Trump is ensuring that the acting DNI in this election year will place his interests above those of the country," wrote Boot. "Given that Trump has consistently said he would accept foreign election help — indeed, he tried to blackmail Ukraine into helping him — that is a terrifying prospect for the future of our democracy. There are, mercifully, institutional checks to limit a DNI’s ability to weaponize the intelligence community on behalf of the president’s personal interests. With Grenell at the helm, we are likely to see those safeguards tested as never before."