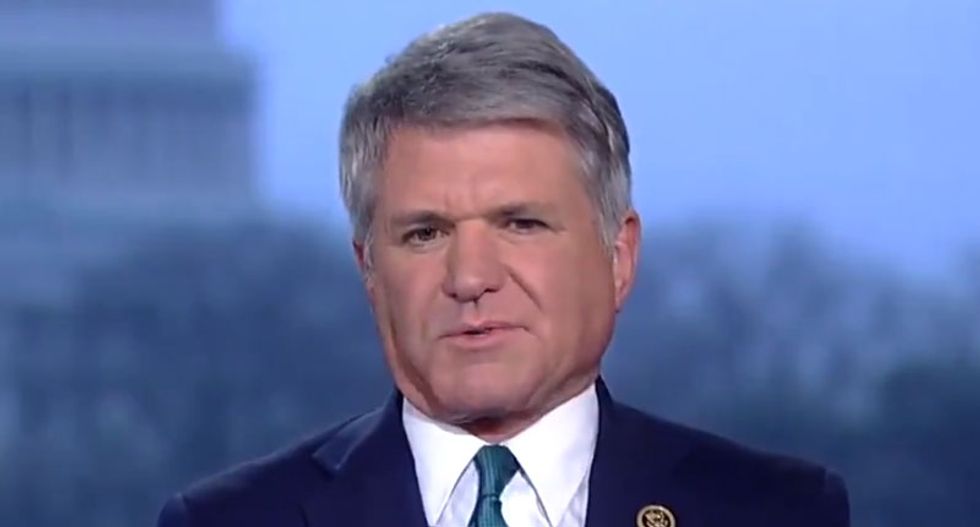 A Republican congressman on Thursday praised President Donald Trump for themes that didn’t actually appear in the president’s address to the National Prayer Breakfast.

“I think it was a perfect platform for the president, after this nightmare the nation has been through the last several months and after yesterday’s acquittal [in the Senate] – and talking about healing for the nation, moving forward, the idea of forgiveness, and redemption,” Rep. Michael McCaul (R-TX) told Fox News.

"This is not a president who wears his religion on his sleeve, but he had some great themes throughout this speech."

But Trump’s speech had nothing to do with forgiveness.

Prior to Trump’s speech, conservative author Arthur Brooks delivered remarks in which he called on those present to fight against the growing “crisis of contempt and polarization” to heal the nation.

“In this crisis resides the greatest opportunity we have ever had as people of faith to lift our nations up and to bring our people together,” Brooks said, urging Christians to love their political rivals despite their differences.

When Brooks asked those in attendance to raise their hand if they love someone who they disagree with politically, Trump did not raise his hand.

At the beginning of his own speech, Trump admitted that he disagreed with the message of Brooks' speech and then proceeded to take veiled shots at Senator Mitt Romney (R-UT) and House Speaker Nancy Pelosi (D-CA).