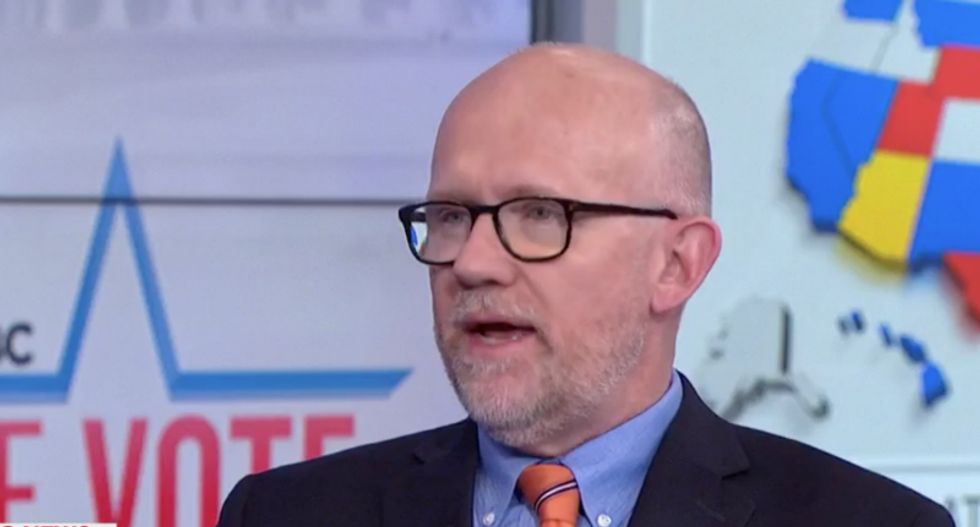 At the close of his Wednesday evening show, MSNBC host Lawrence O'Donnell played clips from the 2012 Republican Party convention where everyone from Sen. Marco Rubio (R-FL), Leader Mitch McConnell (R-KY) and others celebrated Mitt Romney. After Romney refused to vote for acquit President Donald Trump, he's become a pariah.

Former Republican Rick Wilson explained that this was the example of the way that Trump has become a parasite that isn't just leaching it away, "it ate the Republican Party from the inside out. And the shell that still remains, everything has to be years here, it has to be reset because it's all about Donald now."

He explained that there are now two groups of Republican senators: the "coward caucus" who privately rails against Trump and hate him. Then there are the "Trumpers" who think they can parlay Trump's support into their own presidency someday.

O'Donnell noted that if the GOP collapses after Trump, it could mean Romney rises from the ashes.

"Well, if it collapses after Trump -- they've lost 650 seats across the country since Donald Trump took office at various levels of government," said Wilson. "So the collapse is underway, and you know, I think there will be principled Republicans at the end of the day, there won't be a lot. I joke sometimes you could sit us around a Waffle House table. But people today watched Mitt Romney display political courage."

Wilson said that Romney and Sen. Doug Jones (D-AL) displayed huge political courage. Jones is up for reelection after winning Jeff Sessions' Senate seat when Trump appointed him to the Justice Department. Trump then fired Sessions and spent the better part of a year attacking him. Now Sessions is trying to get his seat back.

"It's so dangerous to the Trump people that instead of taking their victory lap today, what have they done? The line-up on that other network tonight was basically about 'they hate Mitt Romney,'" Wilson continued. "It was the screaming fest about 'Romney, the traitor,' and all this. It really tells you what happens when these Republicans hear a message like that. They feel pain. It's their souls trying to re-enter their bodies. But it's this physical sense of anxiety they get from someone opposing Trump."