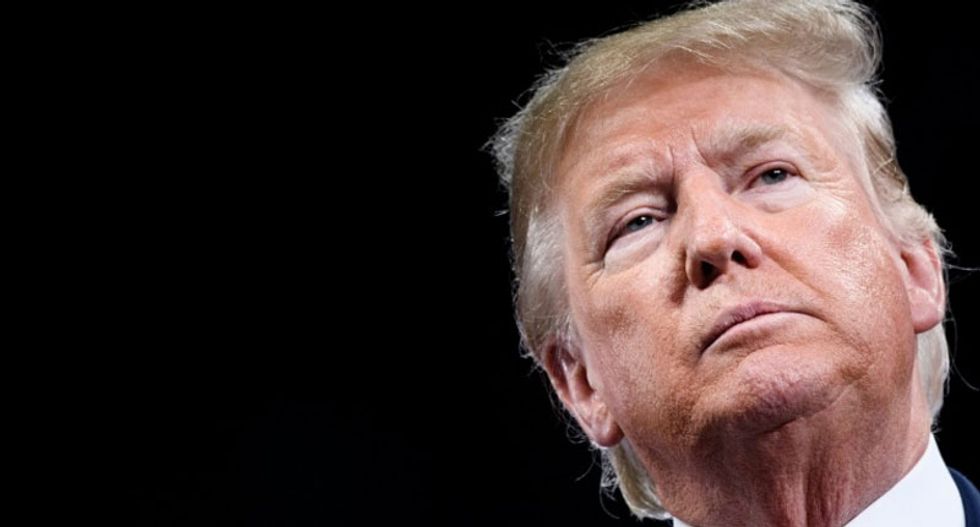 President Donald Trump confirmed via tweet Wednesday that Attorney General William Barr interfered in the sentencing recommendation for Stone, his longtime associate and first campaign adviser, but the New York Times reported that Barr and other Justice Department officials had previously done him political favors.

For example, former deputy attorney general Rod Rosenstein asked every U.S. Attorney's office in the country to provide up to three federal prosecutors to help review documents in support of Brett Kavanaugh's confirmation to the Supreme Court in 2018.

Current prosecutors told the Times that request struck them as an unusual insertion of politics into federal law enforcement.

Barr inserted himself into politically charged investigations as soon as he was sworn in last February by seeking information from the U.S. attorney’s office in Manhattan about cases involving the administration.

That's not completely unheard of, because prosecutors routinely update Washington about high-profile cases, but Barr seemed to be seeking a window into cases involving the president and his associates.

Barr sought information about the early stages of an investigation that resulted in the indictments of Rudy Giuliani associates Lev Parnas and Igor Fruman, and he also asked prosecutors for briefings on their investigation into hush payments during the 2016 campaign to two women who said they had affairs with Trump.

Michael Cohen, the president's longtime personal attorney and fixer, had already pleaded guilty in that case, but prosecutors were still investigating whether executives at Trump Organization obstructed that probe.

Barr essentially questioned the legal theory behind Cohen's prosecution, according to one person involved in that briefing, and the attorney general asked whether such cases should be prosecuted civilly instead of criminally.

The attorney general did not pressure prosecutors to drop the investigation into Trump Organization, according to that person, but prosecutors eventually decided not to pursue additional charges in the case.