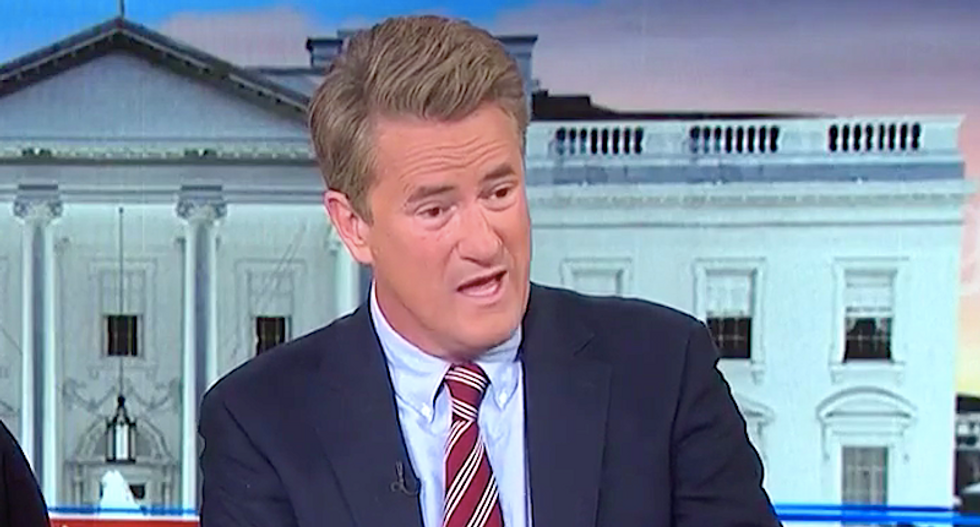 MSNBC's Joe Scarborough condemned White House chief of staff Mick Mulvaney for accusing the media of ignoring and distorting the administration's response to the coronavirus for political reasons.

Mulvaney claimed the media had ignored their preparations last month to cover impeachment, and then amplifying the risks now that Trump was acquitted in an effort to smear the president -- and the "Morning Joe" host was livid.

"What a disgraceful thing for Mick Mulvaney to say," Scarborough said.

Rush Limbaugh claimed this week that Democrats were pushing coronavirus warnings to hurt the economy and take down the president, and Scarborough ripped Trump and his allies for making the same claims.

"You're taking a possible pandemic that could ravage global trade and America's health care system," he said. "It's a possibility, and you know it is a possibility, yet the person you gave the Presidential Medal of Freedom to talks about it being a conspiracy theory? Mr. President, I've got bad news for you and the hacks that are actually trying to brush aside this global health crisis. People care a hell of a lot more about their children and about their parents than they care about your political future."

Scarborough explained why the administration deserved some blame already for the spread of the virus.

"It was Donald Trump, based on reporting, that pressured even when the CDC was saying these people should not return home to the United States, the White House pushed to have them returned from the United States," he said. "Sick people were put on the plane with healthy people, then they were met by administration officials that didn't have the protective gear that would allow it to spread more. It has been one mistake after another. Forget three or four weeks ago, just this week. They keep making unforced errors."

"Mick Mulvaney is a clown, talking about impeachment was somehow getting in the way of the president responding," he added. "Again, the sheer stupidity. Actually, in this case, stupidity can kill."