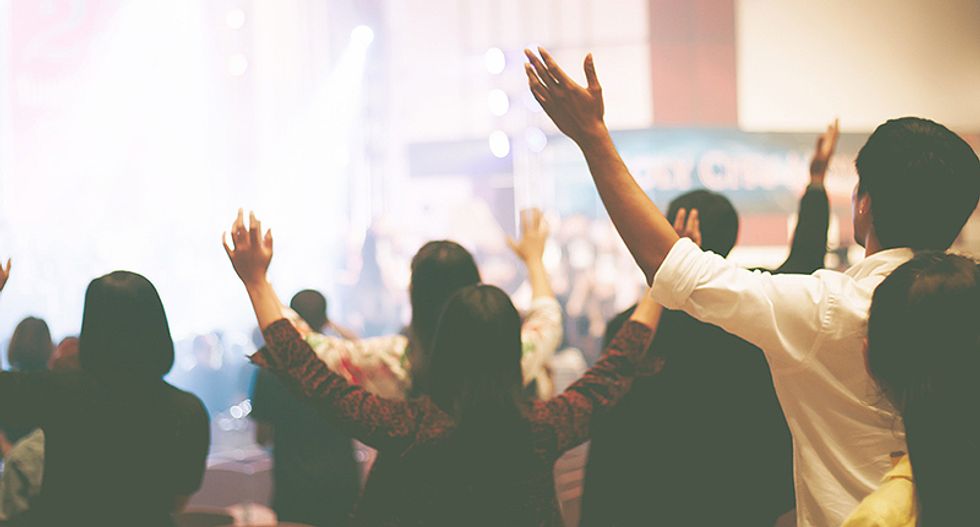 On Tuesday, Brett Kelman of The Tennessean wrote about a spike in the uninsured rate in Tennessee — driven in part by 31,000 Christians in the state foregoing health insurance in favor of church-backed "sharing ministries."

These ministries are pitched as alternatives to medical coverage, but they are not health insurance at all — rather, they are better described as religious crowdfunding ventures where fellow congregants may cover your medical bills. But the key word is may. According to Kelman, "these groups don't actually guarantee any payment, and if you break their rules by smoking pot or having unmarried sex, you are on your own."

They are also not bound by any of the Affordable Care Act regulations, meaning they can deny any essential benefits they want and deny coverage for pre-existing conditions. But with the added twist that for those who are refused coverage, they are urged to use faith and prayer as a substitute for medicine.

Such restrictions were demonstrated vividly two months ago, according to The New York Times, when one such group, Samaritan Ministries, allegedly refused to pay the entirety of medical expenses for a child named Blake Collie, whose family owed hundreds of thousands of dollars after he was hospitalized for a brain aneurysm. Samaritan Ministries, despite charging hundreds in "monthly share" fees, does not cover the cost of hospitalizations over $250,000 — and instructs patients who are denied to "just trust God."

Samaritan Ministries broadly disputes the Times' characterization, claiming that they have an alternative program that helps people save to cover the cost of medical expenses over $250,000, and that Collie's father has publicly stated he is satisfied with the organization.

Nevertheless, these "sharing ministries" join a number of groups that offer to pay certain medical expenses but are not qualified health plans — a problem that has snowballed as the Trump administration has enacted rules making it easier to sell "association" or "short-term" health plans that are exempt from most ACA rules.