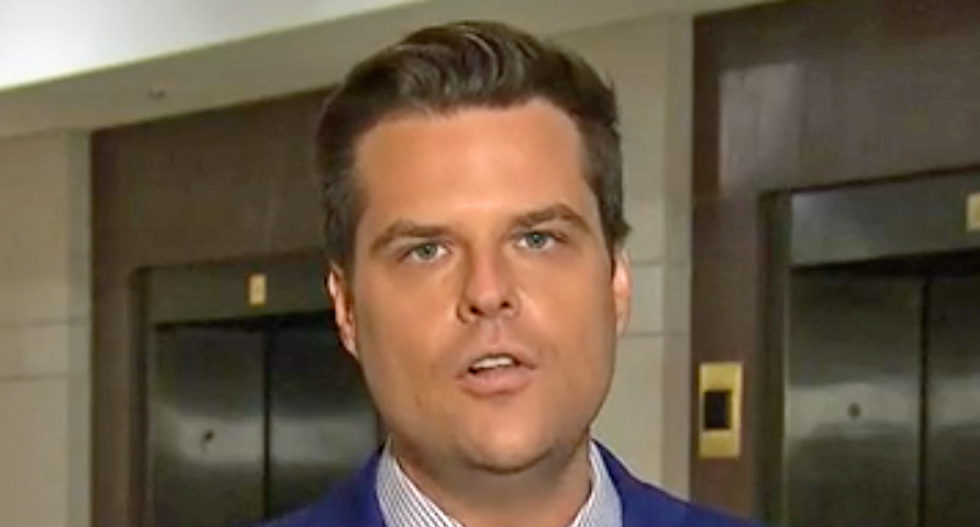 Controversial Rep. Matt Gaetz (R-FL) could suffer professional sanction -- or even lose his law license -- after a stunt Republicans pulled in an attempt to derail the impeachment inquiry into President Donald Trump.

"Impeachment proceedings are a legal process leading to a trial, and therefore covered by the Florida Bar's rules of conduct," Chairman Steve Simeonidis said at the time.

Simeonidis posted a picture of a letter he reportedly received from the Florida Bar.

"The Florida Bar is aware of the issue you reported and is taking appropriate measures," the letter says. "A file has been open."

The organization says that rules "prohibit further comment at this time."

.@TheFlaBar has confirmed that they are investigating @mattgaetz as a result of the complaint I filed on behalf of… https://t.co/qRhayCKn5h
— Steve Simeonidis (@Steve Simeonidis) 1582575924.0