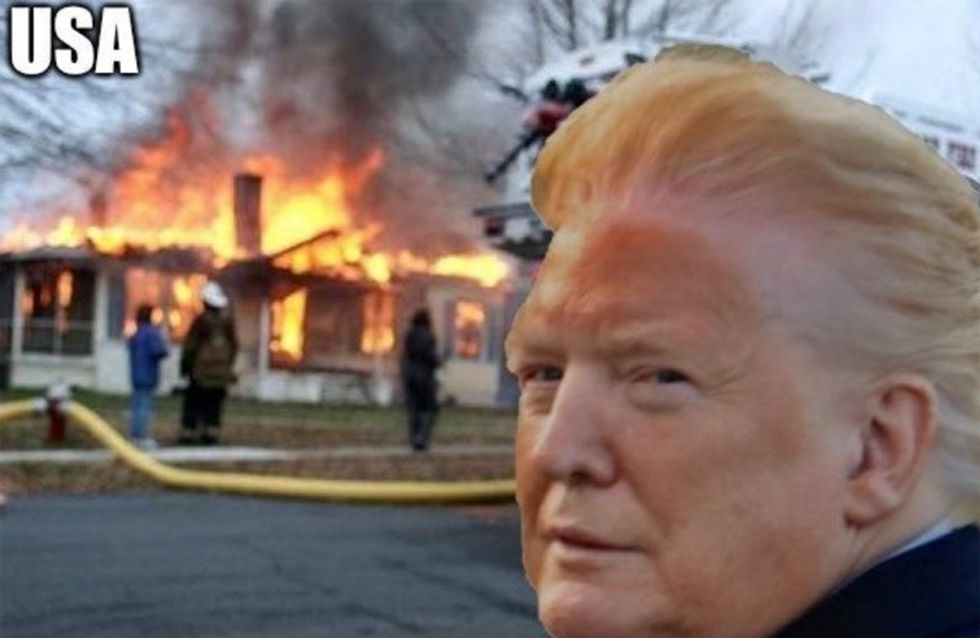 President Donald Trump's curious decision to post a highly unflattering photo of himself (which he claimed was both "fake news" and "photoshopped") on Twitter led to a number of detractors mocking both him and the picture -- along with some of the those same people sharing with the president some real photoshopped versions.

On Saturday Trump tweeted a black and white version of the unflattering picture and wrote, "More Fake News. This was photoshopped, obviously, but the wind was strong and the hair looks good? Anything to demean!"

Commenters were less than kind-- if that is possible -- with their own versions which you can see below:

@realDonaldTrump So an official photographer for your Administration photoshopped this and uploaded it to the White… https://t.co/SkWJzIFBS7
— TrouserWookiee (@TrouserWookiee) 1581189476.0