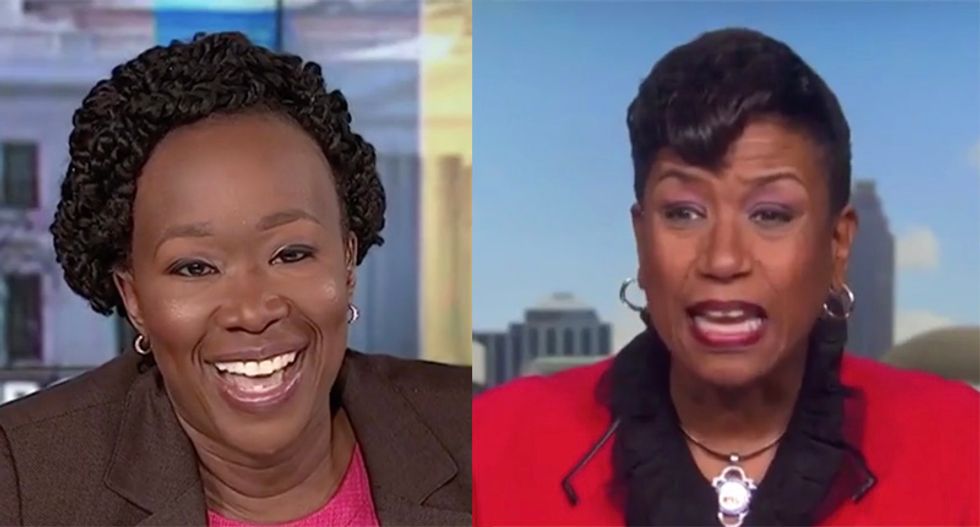 An avid supporter of President Donald Trump had a major meltdown on MSNBC's "AM Joy" on Sunday morning after host Joy Reid referred to the president as an "authoritarian" setting off a wild ten minutes of over-talking and Reid having to cut her guest off multiple times.

During a panel discussion on the president,the MSNBC host asked Tracey Winbush, president of the Ohio Black Republican Association, to defend the president after observing, "Donald Trump has ticked off all four of the markers of autocracy."

'I represent all of the party as a Republican," Winbush shot back. "I am here because we're Americans. and everything that you said about the president authoritarian or authoritarianism, none of that means anything because you are not understanding leadership."

"The president is the leader of the free world and he has to make decisions and we need to respect that," she continued. "The journalists don't want to cover the truth or the facts -- they have never have. They have never told the truth about the vice president."

"Wait a minute, hold on, hold on. let's have a conversation. because you said journalists don't want to on cover the facts," Reid cut in. "That is not true."

"But they don't," Winship argued.

With that, host Reid ticked off multiple examples of Trump bullying U.S. allies, to which the president's supporter stated, "We also need to understand that you don't know everything and he can't tell you everything that is going on. And in the moment we need to let a person lead, but right now, we've never allowed that to happen with the presidency of President Trump."

What followed was the two talking over each other until Winship declared that President Trump is part of God's plan -- during which some of the other panelists either smirked or appeared appalled.