Ukrainian president tells US senators that he plans to avoid Rudy Giuliani: report 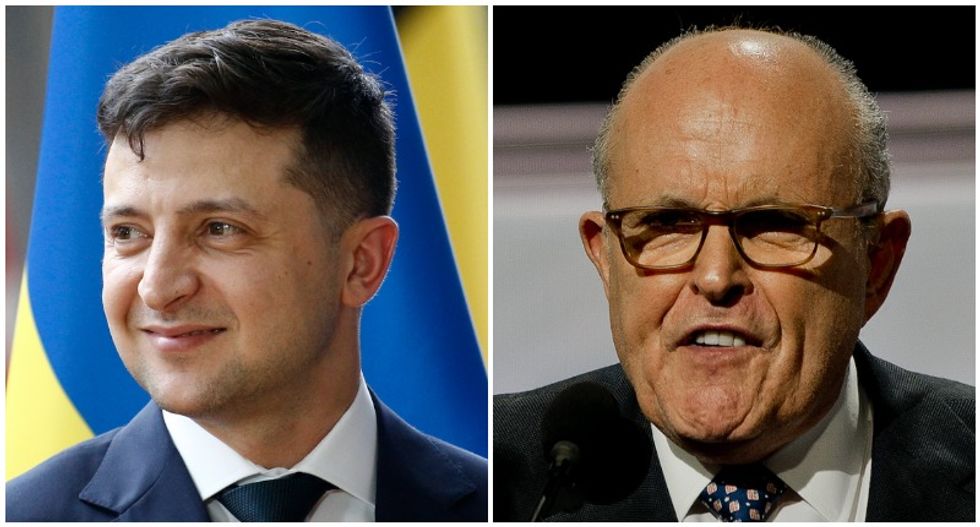 Ukrainian president Volodymyr Zelensky has assured a group of US senators that he plans to "steer clear" of President Trump's personal attorney Rudy Giuliani, according to one of the senators he spoke to.

“Zelensky clearly doesn’t really want to talk about this, and I don’t blame him,” Sen. Chris Murphy (D-Conn.) wrote in a Medium post this Tuesday. Murphy met with Zelensky on Friday along with two Republican senators, Ron Johnson of Wisconsin and John Barrasso of Wyoming.

Murphy asked Zelensky if he's "still feeling pressure" to help Giuliani investigate Trump's political rivals, writing that although "Giuliani has long wanted a meeting with him, he has always stayed clear of Giuliani and intends to keep it that way."

As POLITICO points out, Murphy's objective in meeting with Zelensky was to “send a signal that there is no distance between” Democrats and Republicans when it comes to U.S. support for Ukraine.

“I felt like I wouldn’t be doing my job if I didn’t once again remind Zelensky of the damage he could do to the country’s reputation if he ever succumbed to the pressure,” Murphy wrote. “I couldn’t sleep as I tried to figure out the tactful way to continue to make this case.”