‘You are a joke’: Marco Rubio goes down in flames with his latest excuse for Trump acquittal 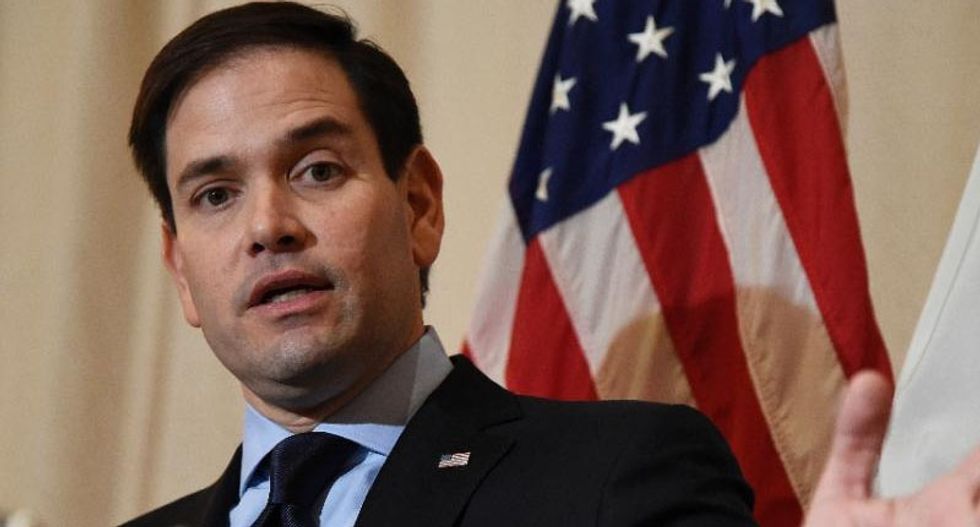 The Florida Republican has already said he would not vote to remove the president because he feared it would "inflict extraordinary and potentially irreparable damage to our already divided nation," and Rubio trotted out another explanation ahead of closing statements.

If House votes to impeach,the Senate decides not just guilt or innocence,but also whether removal is in the nations… https://t.co/FWku401k3E
— Marco Rubio (@Marco Rubio) 1580742425.0

Other social media users ripped Rubio, and reminded him of his previous assessments of Trump's character.

@marcorubio So you're saying there's literally no instance under which you'd vote for a President's removal because… https://t.co/LiiltylDSQ
— Pé (@Pé) 1580743217.0

@marcorubio The GOP Senate being so corrupt and compromised that you enable and give a pass to a criminal, traitor,… https://t.co/XbYTWQB6mi
— Cheri Jacobus (@Cheri Jacobus) 1580746128.0