Chris Matthews' wife begged him to scale back before on-air embarrassments dragged him down: report 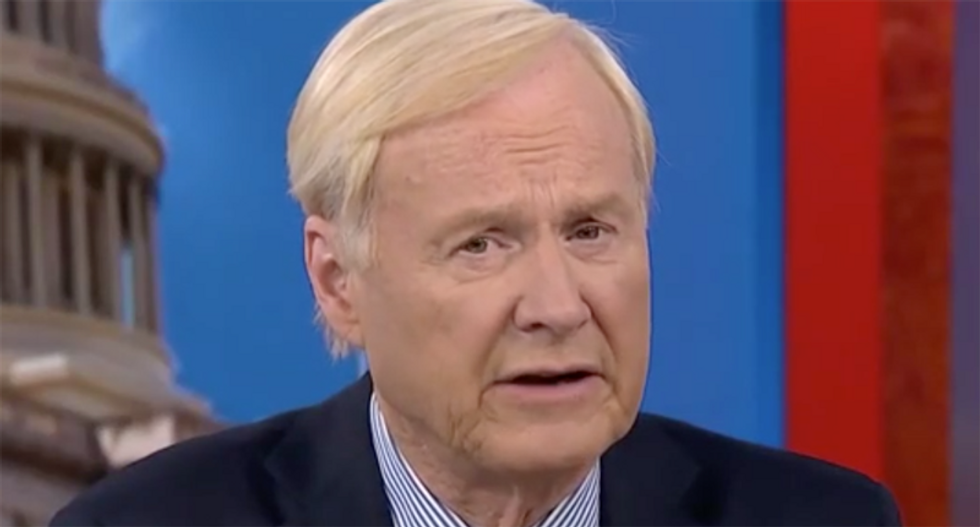 Chris Matthews' wife had been pushing him to step back from his work schedule for months to avoid exactly the sort of embarrassing end that came this week.

The 74-year-old Matthews abruptly retired Monday from his long-running "Hardball" program, but Kathleen Matthews and the couple's adult children had been worried that his on-air controversies would become more frequent and embarrassing, reported The Daily Beast.

Sources told the website that Kathleen Matthews has been expressing her concerns in recent months to network chief Phil Griffin, who was "Hardball" executive producer when it aired years ago on CNBC, that her husband's controversies would tarnish his legacy, and she's pushed him to scale back his time on air.

Instead, Matthews served as a fixture on MSNBC's Democratic primary coverage and spent more time on air than he had since 2016 -- and his wife's fears were realized.

The veteran broadcaster blasted for comparing Sen. Bernie Sanders’ Nevada caucus win to Nazi Germany beating France during World War II, and he was criticized for asking Sen. Elizabeth Warren why she should believe a woman who claimed Michael Bloomberg told a pregnant employee to "kill" her unborn child.

The final straw seemed to be a devastating compilation of Matthews' misogynist on-air remarks posted by "The Daily Show" and a GQ article published Friday that highlighted first-hand allegations of sexual harassment.

Griffin traveled over the weekend to Washington, D.C., where he delivered the news to Matthews and his family that it was time to end his career.

Matthews strongly disagreed and asked to remain on air through the election, but he eventually agreed his only option was retirement -- which he did this week with his wife and children in the studio.