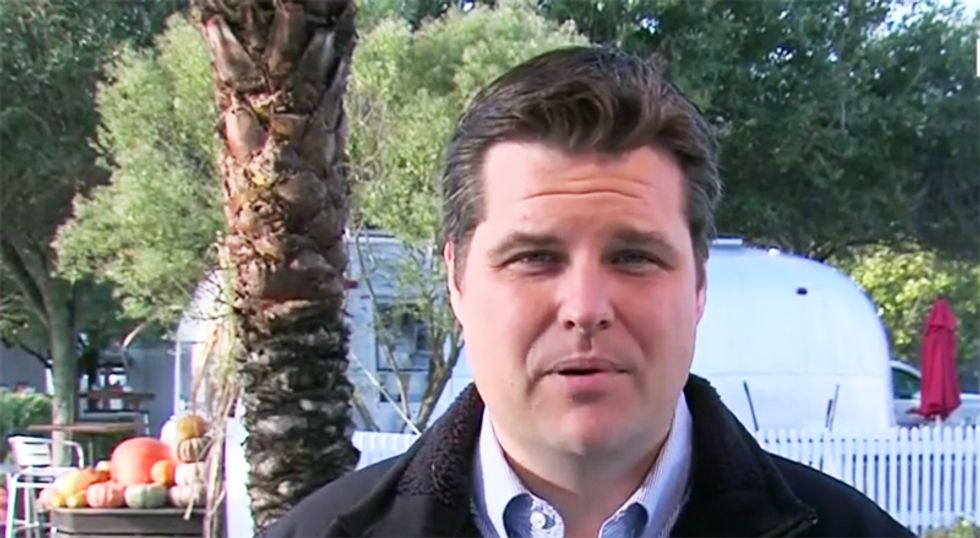 Days after wearing a gas mask on the floor of the House of Representatives to mock concerns over COVID-19 coronavirus, Rep. Matt Gaetz (R-FL) has continued to stay in the news about the incident.

Following his gas mask stunt, one of his constituents died from the virus. Then, Gaetz potentially infected President Donald Trump aboard Air Force One, after he was in contact with somebody who tested positive for the virus.

Gaetz then said he would self-quarantine for 14 days.

He spoke to the Pensacola News Journal about his experience with quarantining.

“I couldn’t stay in a hotel,” Gaetz told the newspaper.

“I slept in a Walmart parking lot somewhere off (Interstate) 85," he explained.