Matt Gaetz was informed mid-flight on Air Force One that he may have been exposed to coronavirus: report 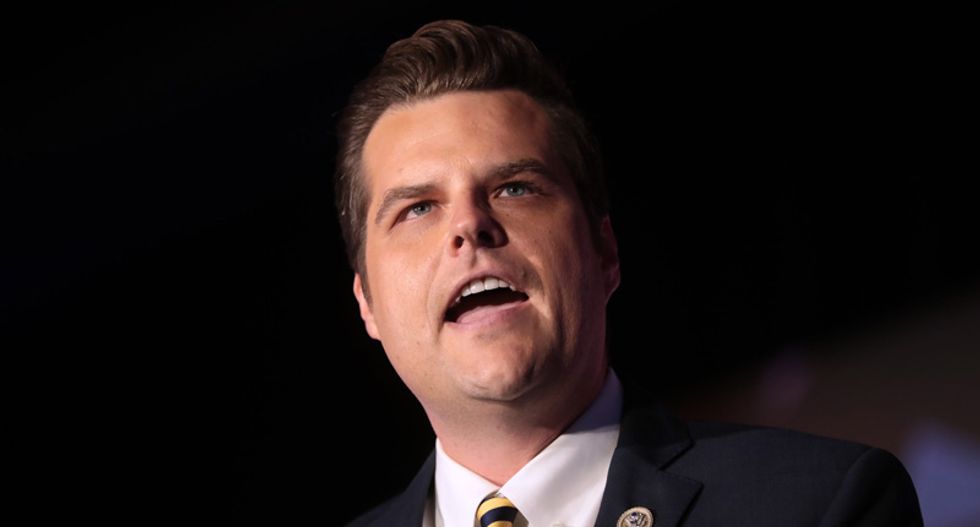 On Monday, Rep. Matt Gaetz (R-FL) announced he was voluntarily submitting to a self-quarantine after being informed that he had come into contact with a coronavirus-infected attendee of the Conservative Political Action Conference.

But according to Politico's Melanie Zanona, Gaetz first learned of the exposure in a very awkward place — mid-flight, aboard Air Force One.

Gaetz had previously been spotted aboard Air Force Once prior to the announcement, fueling speculation that he had come into contact with President Donald Trump.