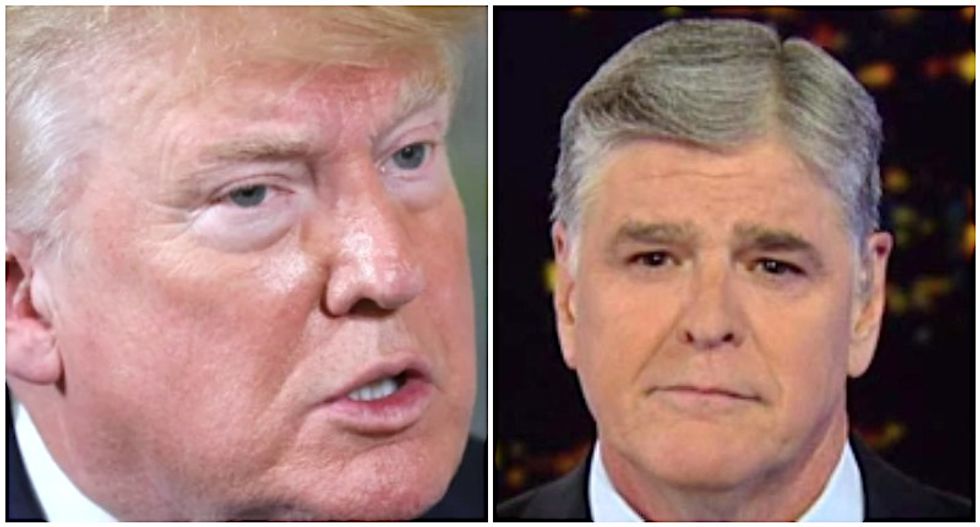 The president insisted the World Health Organization's estimated 3.4 percent death rate from COVI-19 was a "false number," and said he had a "hunch" that it was actually below 1 percent, along with a number of other highly misleading claims about the outbreak and other topics.

Other social media users were shocked that he'd post portions of the interview, because so many of his claims were demonstrably false.

@realDonaldTrump Wow you listened to that and thought it should be posted? Listen again.
— Byron Ricketts (@Byron Ricketts) 1583381962.0

@CDCgov @CDCDirector Does anyone at CDC have the courage to tell Mr Trump that his misinformation about Coronavirus… https://t.co/JxfRmpmLgm
— Michael F Ozaki MD (@Michael F Ozaki MD) 1583392416.0

@ddale8 Viruses famously respect sovereign borders and do not cross into other territories without permission.
— Mike Beauvais (@Mike Beauvais) 1583379777.0