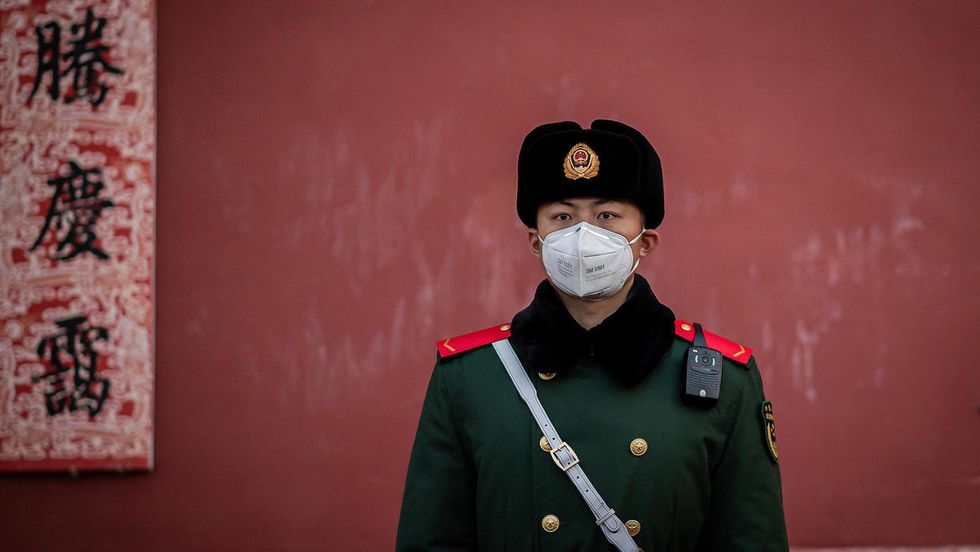 With millions of face masks, low interest loans and teams of medical experts, China is trying to paint itself as a Good Samaritan while deflecting criticism over its initial missteps in handling the coronavirus.

Beijing has showered struggling European nations with aid as part of a diplomatic charm offensive.

In recent weeks, it has also donated hundreds of thousands of surgical masks and test kits to the Philippines and Pakistan, sent teams of medics to Iran and Iraq, and extended a $500 million loan to help Sri Lanka combat the virus.

While COVID-19 first emerged in the Chinese city of Wuhan in December, Beijing says it has now curbed its spread, with new domestic cases dwindling to zero Thursday.

But as other governments now scramble to cope with the pandemic, China is sending masks, medical supplies and experts.

It comes as Beijing and Washington are engaged in a tit-for-tat public opinion war over China's recent mass expulsion of US journalists and President Donald Trump's continued use of the phrase "Chinese virus" to describe the coronavirus.

Trump slammed China for its lack of transparency over the pandemic that has now infected more than 240,000 worldwide, saying "the world is paying a big price" in a news conference on Thursday.

China's foreign ministry hit back on Friday, saying the US was trying to "shift the blame" for the pandemic.

With the US also battling the virus on its home turf, analysts say China is rushing to reposition itself as an alternative global leader.

"Now, with the US government under Trump failing to provide any meaningful international response and the EU occupied with national responses, it offers China's government a unique opportunity to step into the empty spot," said Marina Rudyak, an expert in Chinese foreign aid at the University of Heidelberg.

By doing so, China was also trying to rewrite the COVID-19 narrative, deflecting criticism of its initial attempts to cover up the outbreak and posing as the saviour of "other countries who either delayed their response or were less prepared than China," added Rudyak.

Two Chinese medical teams were sent to Italy in a high-profile show of solidarity with the earliest European Union partner in Xi's massive "Belt and Road" infrastructure project.

Italy is now the second hardest-hit country in the world with more than 35,000 cases.

She said the EU helped China in January, by donating equipment, and tweeted: "Today, we're grateful for China's support."

Beijing also sent medical equipment to Serbia this week after an appeal for help.

"It has turned out that without you Europe can hardly defend itself," Serbian President Aleksandar Vucic told Beijing's ambassador as Chinese virus tests arrived.

He said the country had been waiting for its "Chinese brothers".

The EU -- of which Serbia is not a member -- announced a ban on the export of medical equipment on Sunday, a move slammed by Vucic.

Xinhua said more aid and doctors from China would arrive in Serbia in the next few days.

Beijing has in recent years challenged Brussels for influence in the Balkans, in particular through heavy loan-based infrastructure investment in cash-strapped countries.

Other political allies which China has supported or supplied include a number of African nations.

AFP / STR China has now managed to contain the spread of the coronavirus inside its borders, according to official figures

Another million masks bound for France left China on Wednesday.

A front-page commentary by the state-run People's Daily on Thursday emphasised China's role as a "responsible major country" that willingly cooperates with other nations.

For some European countries, China's strategy appears to be working.

"There are competing narratives evolving in Europe. Most people see China being responsible for this global crisis," said Joerg Wuttke, president of the EU Chamber of Commerce in China.

"But the generous humanitarian help from China will possibly swing the public opinion in Europe more in favour of China."