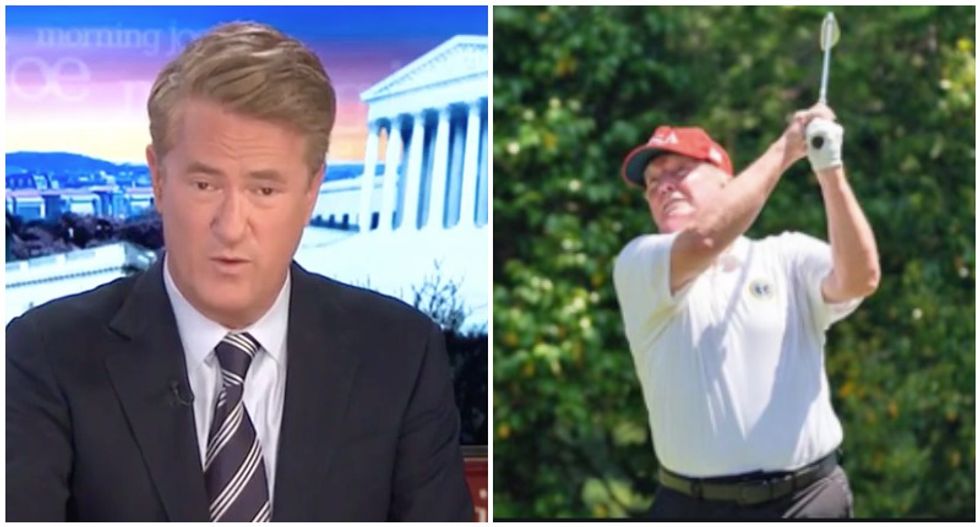 MSNBC's Joe Scarborough thinks Senate Democrats should go ahead and bail out President Donald Trump's hotels and other properties so he'll focus on public health instead of his own bottom line.

The "Morning Joe" host called on lawmakers to waive their objection to sending coronavirus relief to properties owned by Trump and his family, saying he's been worried about the president's priorities.

"I think if the Senate hasn't completed writing this bill," Scarborough said, "I think it's extraordinarily important for the health of this nation, and I just got a note, I've been worried about this all night and I just got a note from an ambassador who has the same concerns, it's extraordinarily important that Donald Trump's own companies are not exempted from this bill, from this relief because by exempting Donald Trump's companies, you give him the worst incentives to reopen this government -- or to reopen this country quickly."

Trump surprised many by calling for a quick end to COVID-19 lockdowns, after six of the seven top revenue-producing clubs and hotels were shut down to prevent the spread of the virus.

"Donald Trump, as I said earlier, he makes decisions based on his bottom line," Scarborough said. "It's always been that way. By exempting Donald Trump and his businesses from getting relief, what you are doing is you're actually encouraging him to make rash decisions that are going to hurt America, and since we have a five-person panel to make sure that this isn't a slush fund, don't you think the wisest move, the most prudent move, and, yes, I will say this, the fairest move that the Senate can make is to let Donald Trump and his companies get the same relief that every other business in their position will be getting?"

"The same holds true for the senators, for the congressmen and women, and for other leaders, they should be treated no better than everybody else, but should be treated the same as every other business owner," he added.