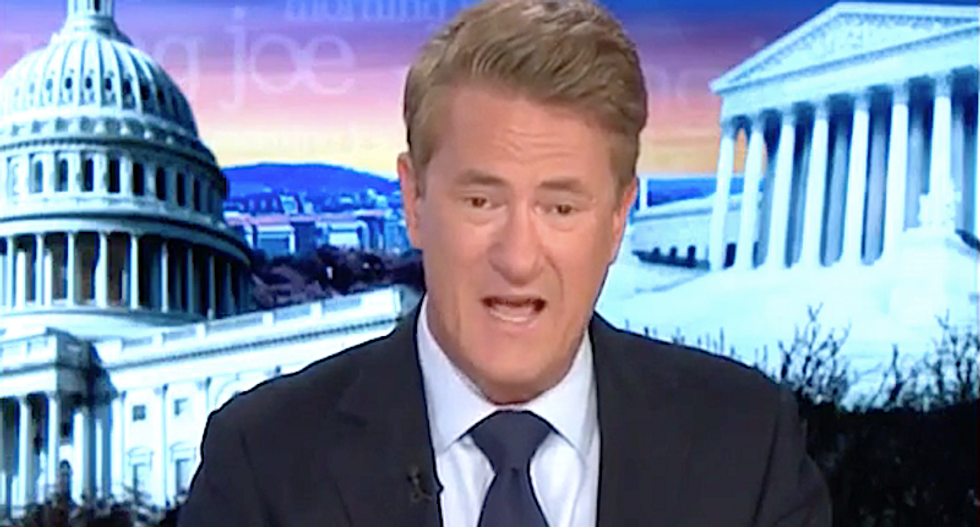 MSNBC's Joe Scarborough busted Fox News and other conservative media outlets for putting their fans at risk by downplaying the coronavirus.

The "Morning Joe" host and New York Times reporter Jeremy Peters pointed out that conservative media audiences tend to be older, and thus more vulnerable to the virus, and they called out those purveyors as irresponsible -- or worse.

"As of yesterday afternoon, Rush Limbaugh was calling this basically a Chinese bioterrorism plot, this is meant to destroy President Trump's economy," Peters said. "It is a ploy by the Democrats and the liberal media to take him out and undermine him, to attempt to impeach him again. This is part of the problem with where our political culture is in this country right now, nothing is what it is."

President Donald Trump and his supporters see every problem through a political lens, Peters said, which blinds them to the public health crisis the coronavirus represents.

"Everybody kind of defaults into this attack mode, where they attack the media, they attack the Democratic Party, they attack public health officials who are trying to say, 'Hey, wait, we need to take this very seriously,' and assume that it is all somehow meant to damage the president," he said.

"Just think for a second about the most vulnerable people as far as this virus is concerned," he said. "They're older -- 60s, 70s. Who watches Fox News all day long? People in their 60s and 70s. It is a problem. This is not just delusion, this is dangerous. When people hear it is whipped up by the partisan media, there are lives that are on the line."

Scarborough agreed, and he called on shareholders and advertisers to take responsibility for that irresponsible content.

"I do wonder, some of the network heads that are hearing some of the things people are saying, either on their radio shows or television shows, and how they and advertisers and people that own stock in those companies aren't stepping forward and saying, listen, we understand that we live in ideological times, we live in partisan times -- there have to be guardrails," Scarborough said. "When you have hosts saying things that are just extraordinarily reckless. There was a host a couple nights ago on a business network that was talking about this being nothing more than a hoax like impeachment or like the Mueller report, that people were just out to get Donald Trump. That actually feeds over into Americans who go to their doctors and say, it's a hoax."