Nicolle Wallace hammering Trump for saying he wants acting secretaries: 'It's coming back to bite him in the butt' 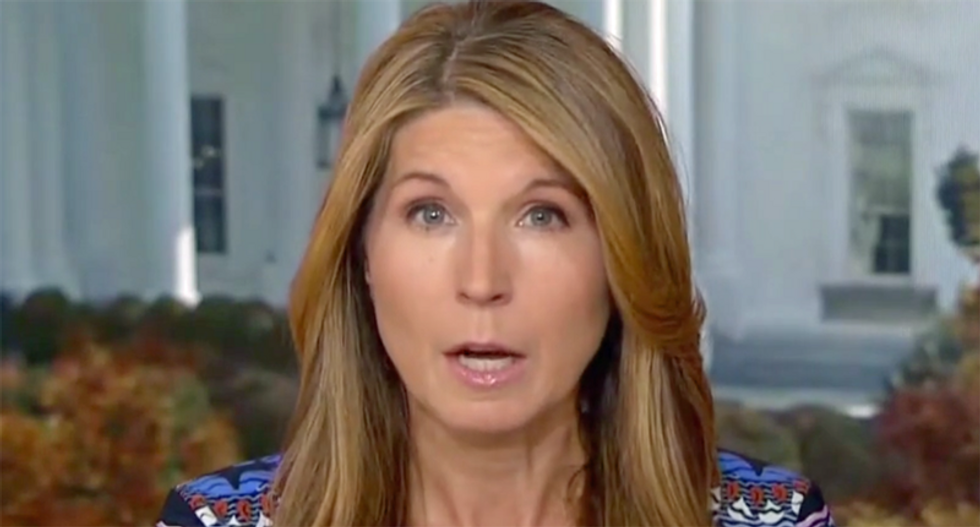 MSNBC's Nicolle Wallace went off on President Donald Trump for being so gleeful in the past about having "acting" secretaries that are merely political pals instead of experts. That is now coming back to bite him, said the host.

"It always struck me that this would be where we'd end up," said Wallace. "That the president's incompetence, that the desire and the gleeful nature with which he said, 'I like acting secretaries.' You know, it was just, 'I like gutting my cabinet of confirmed secretaries. I like that they're all on edge, waiting for my approval on Twitter.' This is now coming back and biting him in the butt."

"And it's going to bite him in another way, I think, as well," said Matthew Miller, who was formerly the spokesperson for the State Department. "You see that in that story, and it's clear there was a bureaucratic breakdown the agencies weren't doing their job and usually what you expect in that situation is the White House to intervene. There was no one at the White House either paying attention or who knew what to do to intervene and make sure we have tests, and we are still suffering it to this day."

He anticipated that it would be a similar response to the economy, with the likes of Larry Kudlow and Steve Mnuchin trying to save the economy from a downturn. It's clear, he said, that the markets don't have any confidence in the White House either.

Wallace recalled that during the economic crisis under former President George W. Bush, he was speaking daily to the Speaker of the House, who was then Nancy Pelosi (D-CA). Trump isn't even on speaking to her because he puts his political rift ahead of the country.