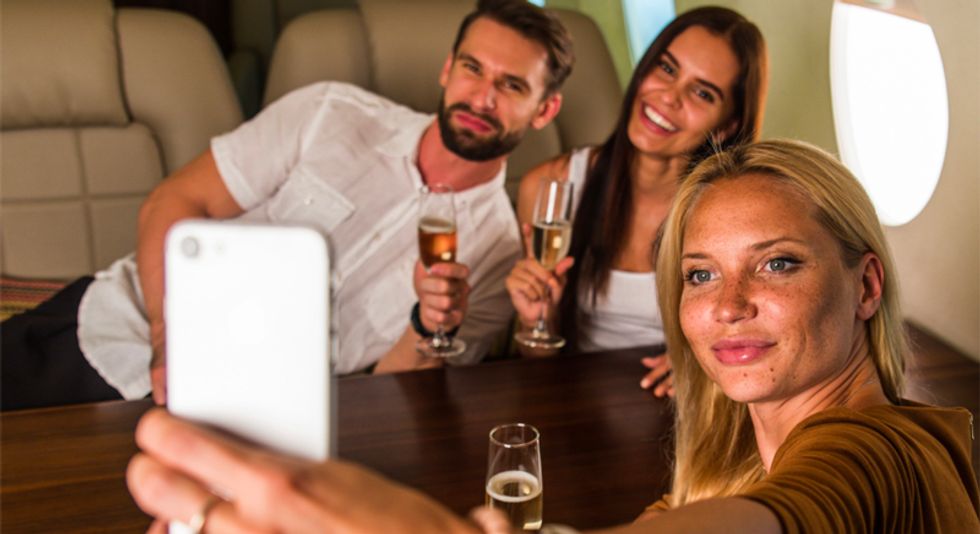 According to a report from Bloomberg, the super-wealthy from all over the world are finding it impossible to charter private flights as the coronavirus cripples travel and countries are banning inbound flights.

With travel bans being instituted in multiple countries -- including commercial traffic into the United States from specific countries designated by President Donald Trump's administration -- the report says the decline in traffic is hurting the wealthy as well as the luxury jet industry as it finds itself increasingly grounded.

"Private jet operators are turning away wealthy clients as coronavirus-related travel bans restrict their ability to operate, despite a surge in requests from people willing to shell out as much as $150,000 to secure a spot on their planes," Bloomberg reports.

Kanika Tekriwal, founder of the New Delhi-based JetSetGo, explained that one of her clients ended up being stranded in London with his family after a flight out was canceled at the last minute by the government.

With industry analysts saying commercial airlines are facing devastating losses due to the pandemic, the report notes that it will be just as economically damaging to private carriers.

Admitting that requests for flights have plummeted in the past few weeks, Tekriwal stated, "We are extremely worried as to what the future holds, how we’re going to pay salaries. It’s a ripple effect. If industries and corporates don’t do well, where will they get money to pay for us? We’re considered a luxury, a high-cost industry, so we get hit first.”