The man who hoarded 17,000 bottles of hand sanitizer did nothing wrong ― and that's the problem 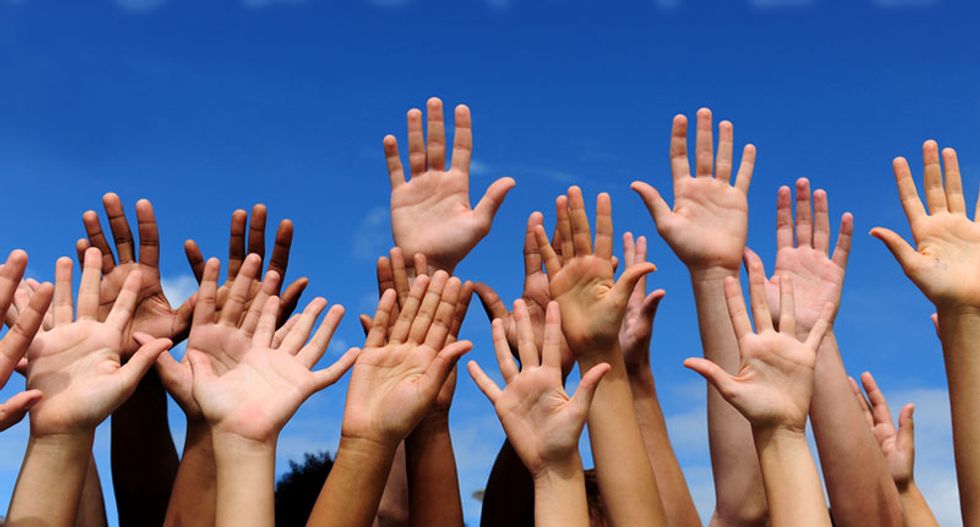 A group of raised hands (Shutterstock)

Matt Colvin got thoroughly roasted on the internet this past weekend. Twitter was strewn with quote-tweets denouncing the high immorality of a man stockpiling 17,700 bottles of hand sanitizer, intending to sell it at a big markup on ebay and Amazon.

Actually, he got more than roasted. According to The New York Times, whose profile brought him to the attention of the online world, Colvin has received hate mail, death threats, and at least one angry home visit from a stranger. He also got a cease-and-desist order from the state of Tennessee, all of which may have eventually caused him to donate his horde to a local church for distribution around the state.

Colvin's entrepreneurship was unseemly, to say the least. There's nothing quite like a hard case of the profit motive in a time of need to convince people you're a complete monster. That's even more the case these days, when "amoral monster" is less an over-the-top exaggeration than speaking the truth with a flourish when describing certain residents of Pennsylvania Avenue in the Federal District of Columbia. Leadership's so bad these days we're probably hatching a new generation of sociopaths around the nation. They'll be the ones who grew up watching Fox News.

A young guy looking to make a fast buck presents a good face to hang on the anxieties of a nation fearful not just of a virus, but of the devastation that virus promises to wreak on an already iffy economy that left too many behind. Matt Colvin may not be a heartless mega-corporation, but he's a villain you can recognize.

The truly sick thing, though, is that Colvin did nothing wrong. Not in the eyes of the law, probably, and certainly not by the logic of capitalism. Colvin might get away with a slap on the wrist from the state―if that.

Tennessee’s price-gouging law prohibits charging “grossly excessive” prices for a variety of items, including food, gas and medical supplies, after the governor declares a state of emergency. The state can fine people up to $1,000 a violation.

The language of the law could benefit Mr. Colvin. Gov. Bill Lee of Tennessee declared a state of emergency on March 12, activating the price-gouging law. The Colvin brothers bought all of the sanitizer and wipes in question before that date, and Mr. Colvin said he did not sell anything after it.

As Colvin himself explains, he did nothing more than many other more traditional middlemen do: he traveled around, negotiated prices, bought in bulk, and made arrangements to distribute his product to customers willing to pay a premium. If you don't approve of this strategy, you should perhaps put down your morning cup of coffee, because it's exactly the traditional and very legal process that put the beans in your mug. (Fair trade coffee doesn't do much to help, either.)

As for the logic of capitalism, follow the language used to describe Colvin's activities: people like him who make their living buying and reselling goods online refer to it as "retail arbitrage," just a wrinkle on the term for buying and selling assets that drives Wall Street hedge funds.

And just like arbitrageurs everywhere, Colvin says his business works by "fixing 'inefficiencies in the marketplace.'" That is, prices for something like hand sanitizer are set inefficiently when it's sold through the local supermarket or Target; the market will bear higher prices, and Colvin is willing to do the leg work to collect the premium. Colvin says that it costs him more to deliver the goods than might be apparent: "Just because it cost me $2 in the store doesn’t mean it’s not going to cost me $16 to get it to your door." He might be downplaying to defend his profit, but he's probably not flat-out lying. Distributors everywhere impose a stiff markup on prices, sometimes justifiable, often not.

It may still seem unfair to wring a fat profit out of a pandemic when these supplies might literally mean the difference between life and death for vulnerable people. And I agree, it's gross. But it's also more than a little rich to see Amazon and ebay made out as the heroes in this situation, when Colvin is really doing nothing more than applying those companies' logic to his own situation.

Anyone who's ever spent time on a travel site hunting for a bargain airfare can tell you about how prices mysteriously start to rise once the algorithms sniff out the interest in the Keokuk-Ft. Wayne route. And there are bots on Amazon that do nothing but jack up prices just a penny higher than their competition, until outdated paperbacks cost $60 a piece. Online retailers even deploy the bots against one another, the better to maximize profit by minimizing market inefficiencies.

I shed no tears for Colvin having to write his supplies off as a publicity expense to keep himself out of jail. Legal or not, he was pushing his luck morally, and he had to have known it. But on the most basic levels, Colvin's actions differ from corporate greed only in degree, not kind. He's doing exactly what the lords of finance have conditioned us to accept as business as usual.

Steal some cigarettes from the tobacco store, and you go to jail. Steal the whole store, and they call you a philanthropist and eventually give you a pardon. Try to sell some legally purchased cigarettes on the street, and the cops just might choke you to death. Capitalism's all fun until the little guys start to take it seriously. Then it's a problem, because it shows off like a naked lunch just how vicious the game is―no matter who's playing it.