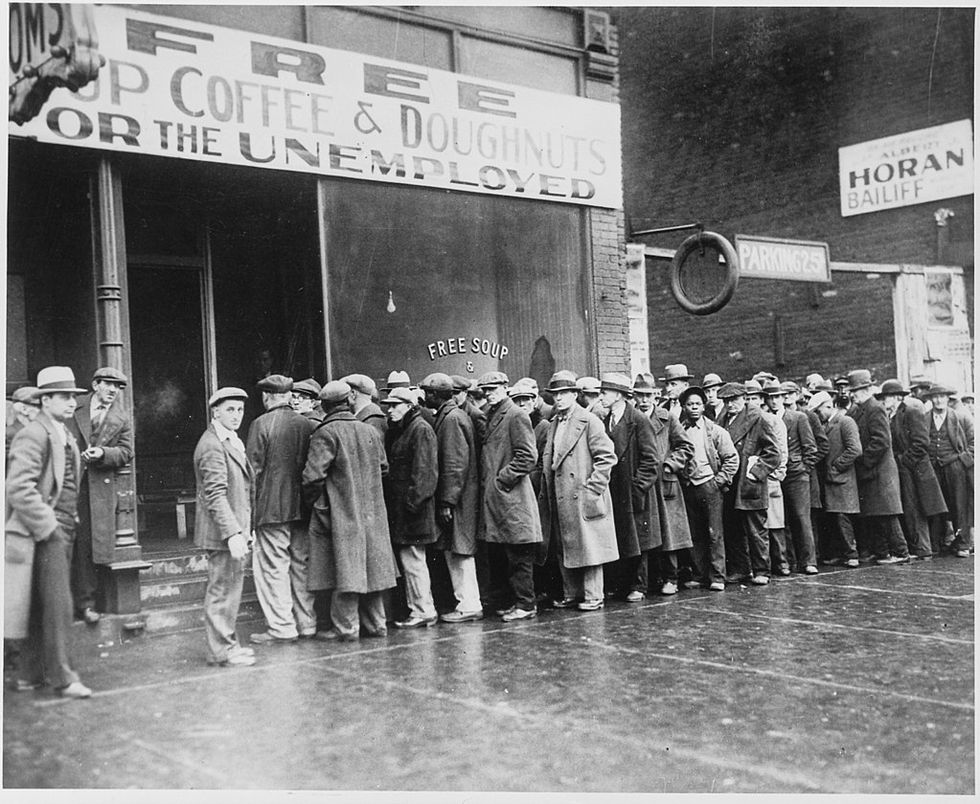 "We are about to experience something we cannot really imagine."

Jobless claims last week were a record 3.28 million, smashing the previous high mark of 695,000 in 1982 and deepening fears of a looming economic depression that could see millions more out of work.

"We are about to experience something we cannot really imagine," tweeted HuffPost reporter Zach Carter in response to the numbers.

We are about to experience something we cannot really imagine. https://t.co/Dy0z92vnFR

"Absent from these unemployment claims are people with jobs in the informal economy, which is driven by workers who face structural barriers, such as formerly incarcerated people, undocumented immigrant workers, or the self-employed in dozens of industries, from street vendors to domestic workers and more," said Dixon.

Economists told the Washington Post that the "widespread carnage" of Thursday's initial numbers were just the beginning of what could be an unprecedented 40 million Americans out of work by April.

"It's going to get worse," University of Illinois at Chicago assistant economics professor Jacob Robbins told the Post.

Many economists say the coronavirus recession has already commenced and what happened last week is only the beginning of a massive spike in unemployment that could result in over 40 million Americans losing their jobs by April. https://t.co/FYRaUoo6yJ

The numbers were released Thursday morning by the Labor Department, hours after a late-night 96-0 vote in the Senate Wednesday approved the CARES Act, a record $2 trillion stimulus package. The package, which was criticized by progressives for its reliance on corporate giveaways and bailouts, nonetheless contains added benefits for the unemployed—benefits that Sen. Bernie Sanders (I-Vt.) fought for on the Senate floor after his Republican colleagues tried to strip the assistance from the bill.

"The CARES Act passed by the Senate last night was a good and needed first step, and the House should approve the package by unanimous consent Friday morning," Century Foundation senior fellow Andrew Stettner said in a statement.

"We project that enacting the $600 weekly supplement alone will benefit some 11 million workers, delivering up to $115 billion in additional money to affected workers," Stettner continued. "But we must do more."