Trump not ready to give up handshakes and instead relying on hand sanitizer to avoid coronavirus: report 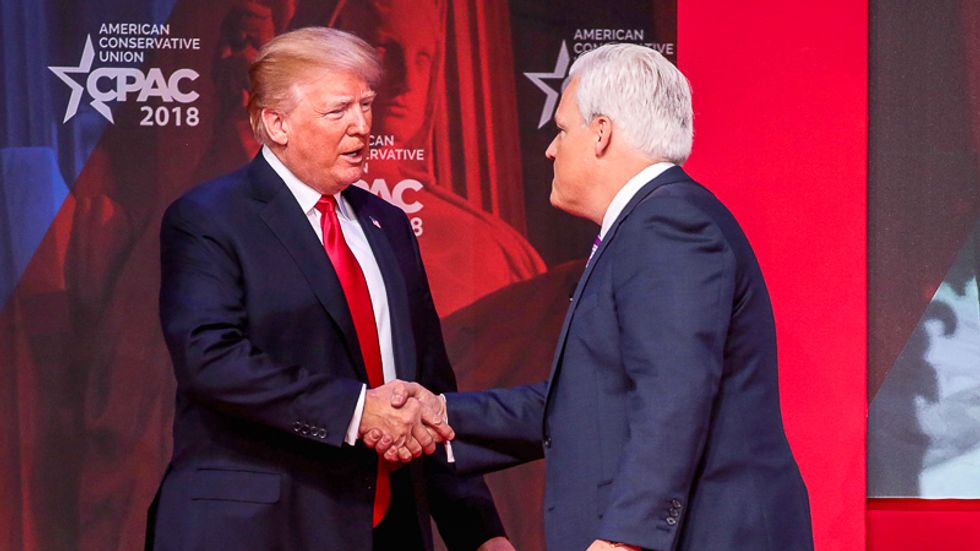 President Donald Trump has been asking aides whether he should continue shaking hands with well-wishers to reduce his exposure to the coronavirus, but so far he hasn't changed his habits.

The president shook hands Monday with Florida Gov. Ron DeSantis and a group of supporters after arriving in the Orlando area for a fundraiser, but he has expressed private concerns about the virus, reported the New York Times.

The famously germaphobic Trump has asked advisers whether he should cut back on handshakes, but so far has continued his standard practice of loading up on hand sanitizer after meeting with crowds.

Trump appeared to avoid handshakes Sunday during a closed-door fundraiser at his private Mar-A-Lago resort in Palm Springs, according to video posted on social media, and instead exchanged an elbow bump with one guest.

His re-election campaign canceled a “Women for Trump” bus tour featuring his daughter-in-law and two top surrogates over concerns about coronavirus exposure related to the Conservative Political Action Conference.

Trump has insisted he won't cancel his large campaign rallies, but none are currently scheduled, for the first time in months.