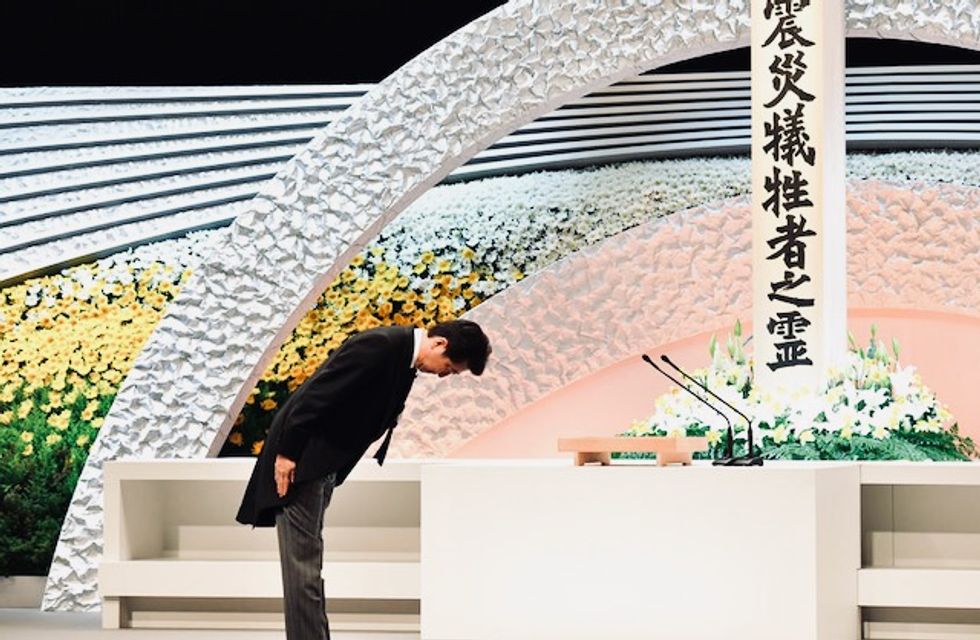 Japan is cancelling an annual ceremony marking the anniversary of a deadly tsunami and nuclear disaster as the country steps up efforts to curb the new coronavirus, officials said Friday.

For the past eight years, the prime minister, lawmakers, and family members who lost loved ones in the disaster have attended the nationally televised ceremony.

The move comes a day after Tokyo and Beijing confirmed a state visit by Chinese President Xi Jinping has been postponed, and Tokyo said the country will quarantine people coming from China and South Korea for two weeks on arrival.

"We had been exploring ways to hold the commemoration ceremony up to the last minute, for example by downsizing the event," top government spokesman Yoshihide Suga told reporters on Friday.

"However, given the current situation, now is the time that we should do everything we can to prevent the spread of the infection, and we genuinely regret to report that today's cabinet meeting decided to give up on holding the commemoration ceremony."

More than 18,500 people were killed or left missing after the massive tsunami triggered by a 9.0-magnitude underwater quake on March 11, 2011.

The waves also swamped the emergency power supply at the Fukushima Daiichi power plant and sent its reactors into meltdown, sparking the worst global nuclear disaster since Chernobyl in 1986.

"My heart is with the bereaved families, relatives and friends, feeling regret over the loss of many irreplaceable lives," Prime Minister Shinzo Abe said in a statement on the cancellation.

The government will hold a minute of silence at 2:46 pm on March 11, exactly nine years after the massive quake shook seabeds off Japan, Abe said.

No deaths were recorded as a direct result of the nuclear accident but more than 3,700 people -- most of them from Fukushima -- died from illness or suicide linked to the aftermath of the tragedy, according to government data, while tens of thousands remain displaced.

The government has lifted evacuation orders for much of the region affected by the meltdown, except for some no-go zones with high radiation levels.