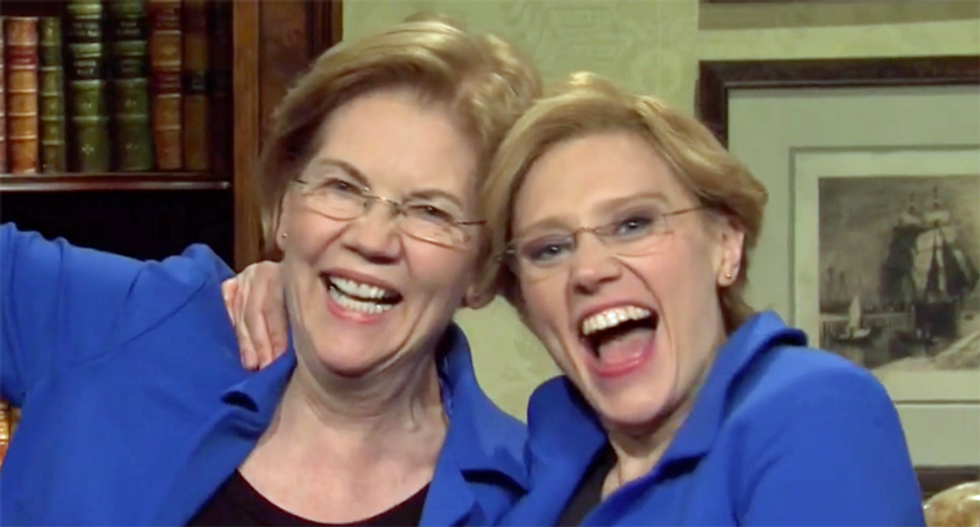 She explained there are worse things than coronavirus, such as "women who keep their maiden names" and "black marching bands."

Jeanine Pirro also made an appearance, saying she's safe because, "alcohol is a disinfectant, so mama's going to live forever."

Warren soon made an appearance -- and was greeted by Kate McKinnon doing her impersonation.