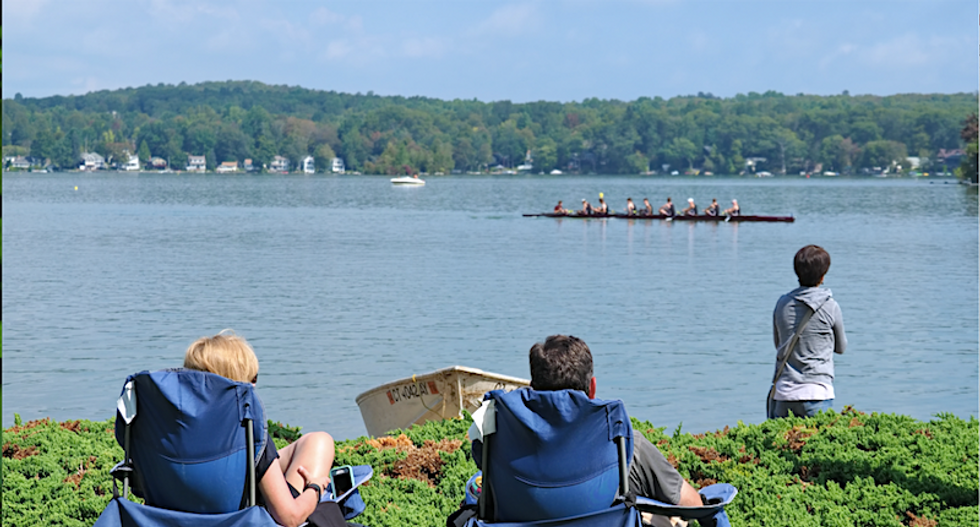 Wealthy New Yorkers are headed off to the Hamptons and the Hudson Valley to quarantine themselves from the coronavirus.

Private schools have closed and galas have been cancelled, and some families are rescheduling planned vacations as the viral outbreak officially reaches pandemic status, reported Bloomberg.

“We’re headed to the Hamptons with my whiskey and Lysol wipes,” said Julie Macklowe, of the Upper East Side. “No play dates. The kids can FaceTime each other, [and] we’ll find out if that works.”

Consultant Bettina Prentice quarantined her family at their weekend home in upstate New York after learning that her husband had eaten dinner in London with someone who tested positive for the virus.

The family has been relying on online retailers for their food, because they didn't stock up on supplies, and her children ages 3 and 7 are confused by the disruption to their daily lives.

“We are looking forward to return to normalcy,” Prentice said.

New York's public schools remain open despite the outbreak because many students rely on them for meals, and even more would be unable to keep up with school from home because they lack a computer or internet access.

“There are parents who, if their kids are home and they can’t go to work, can lose their income and even possibly their jobs,” said Jennifer Wallace, a journalist who discussed with her children how the outbreak could hit other families harder. “This is not going to impact our family like it will a family on the verge of homelessness. What those parents have to deal with -- that’s where the panic is.”

“I’ve gotten so many requests to rent right now, as soon as possible,” Shtainer told the website. “Crazy amounts offered.”

One case has been confirmed in Suffolk County, where her Southampton home is located, and East Hampton suspended some programs for seniors this week, but the public schools and libraries are still open.

“People are staying away from politics and pandemics,” said bookstore owner Taylor Berry, who said her Sag Harbor shop has been busier than usual for this time of year. “They’re going for light fiction.”

Other business owners have been noticing an uptick in their late-winter business.

“The wave is not quite here yet, but it’s coming,” said massage therapist Lauralee Kelly, who works out of Amagansett. “It’s really slow out here usually this time of year, so this is absolutely not typical.”