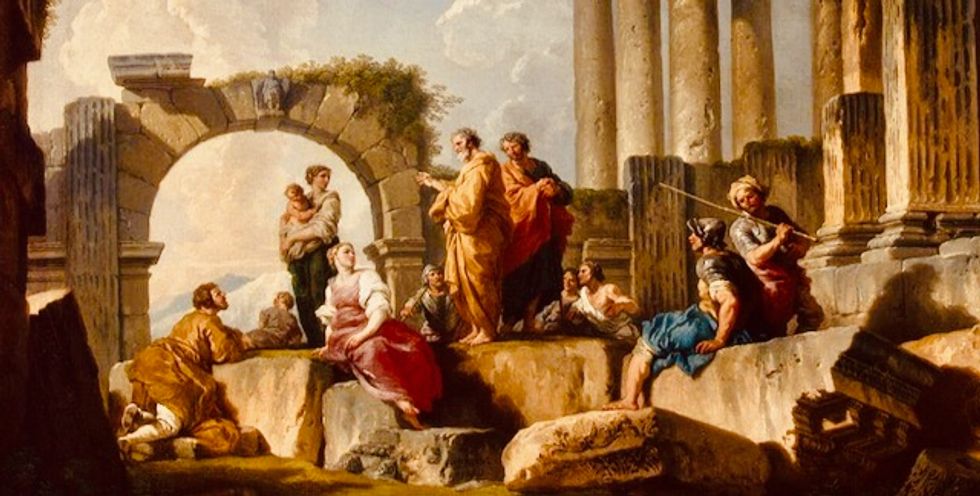 Modern-day scholars don’t know what the crisis was that prompted the donation – it could have been a plague or a famine. What they do know from fragments of a letter sent by the Corinthian bishop, Dionysios, is that a large sum of money was shipped to Corinth.

As a scholar of early Christianity, I have written about this act of generosity. At a time when countries across the globe are struggling to fight the coronavirus and its economic impact, I argue modern society could learn from the actions of these early Christians.

Some of the earliest Christian texts, written in the first and second centuries A.D., even before the time of Dionysios, show evidence for the pooling of economic resources.

The letters of the apostle Paul, written during the first century, are among the earliest sources for Christian life. These letters frequently discuss aid that Paul and his followers collected in Greece and Turkey. The aid was intended for the “saints” in Jerusalem – likely a group of early followers of Jesus.

Paul says in his letters that the purpose of the aid was to “remember the poor” in Jerusalem.

Scholars debate whether Paul hoped to help a community in financial need or to show Jewish followers of Jesus in Jerusalem that Paul’s gentile converts were real members of the Jesus movement.

Paul got contributions from multiple cities and regions. But this was the exception rather than the rule. The pooling of resources and their use among the early Christians were generally directed locally.

The second-century “Acts of the Apostles,” which provides a history of the early church, contains legends about Jesus’ apostles shortly after his death. One such story describes how Jesus’ followers organized a commune in Jerusalem soon after his death. Members relinquished property rights and shared everything in common.

Similarly, the “Pastoral Epistles,” a collection of letters from the second century, speak of a fund that entitled widows, provided they were over 60 and had no other family to support them, to financial support from the community.

Two texts written by Roman Christians in the second century, the “Shepherd of Hermas” and the “First Apology” of Justin Martyr, a Christian philosopher, show that local groups in the city collected offerings from their members that could be used for the common good.

Literature from this period shows that local, organized groups were common in ancient cities, ranging from burial societies, to guilds, to devotees of particular gods. Members of these groups paid dues that helped to fund burials, communal meals and other social activities.

These groups provided community, but also helped to manage risk.

A collection for Corinth

By the end of the second century, a network of Christian groups in Rome had begun directing some of their local capital toward non-local needs. This included helping Christians who had been sent to the mines, which may have been linked to persecution of Christian communities.

This network also provided financial support for impoverished Christian groups in other cities.

Dionysios wrote a number of letters to Christian communities in the eastern Mediterranean regarding matters relating to theology, sexual practice and persecution of Christians. Fragments of these letters survive in the accounts of Eusebius, a fourth-century Christian historian.

Dionysios’ letter to the Romans mentions the financial aid that was collected in Rome and sent to Corinth. 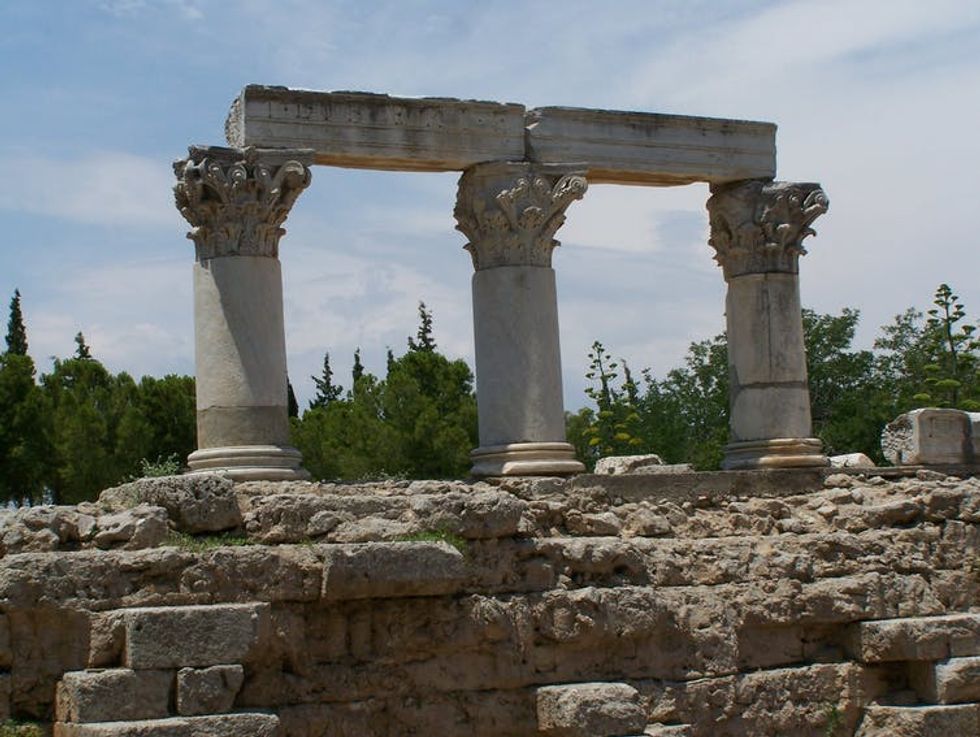 The ruins of Corinth show that there might have been a plague or another disaster.

Archaeological remains from Corinth around this time speak to a heightened concern over health. During this period, healing deities appeared for the first time on local Corinthian coinage. It was during this time that the first inscriptions honoring doctors appeared.

There may have been fears of a plague, or an economic downturn in the city. The archaeological record indicates a marked drop in imports to the city at this time. Regardless of the cause, Corinth’s Christian community found itself in trouble.

When a network of Christians in Rome learned about the situation in Corinth, a local leader named Soter organized a collection to provide aid, according to Dionysios. Thanking the Romans for their gift, Dionysios speaks about how the gift was part of a longer tradition in this network of Roman Christians:

“For from the beginning this has been a custom for you, always acting as a benefactor to siblings in various ways and sending financial support to many assemblies in every city, thus relieving the need of those in want and supplying additional help to the siblings who are in the mines.”

A network of support

This story offers a window into an early shift occurring within some forms of early Christianity.

While early Christians had formed networks that provided for hospitality and the sharing of news, ideas, and texts, sharing money was definitely not the norm in the second century.

For example, news, ideas, and texts moved through the network of Ignatius of Antioch, the bishop of Antioch in the middle of the second century. However, despite the fact that the community in Antioch was experiencing distress, financial help was not offered.

Dionysios’ letter is an indication of how some early Christian networks had begun to grow extensive and stable enough to direct their resources both to local and non-local needs.

Further, this could happen because members of this network of Christian associations thought of themselves as “siblings,” as family. Sibling – or, in Greek, adelphos - was the name most frequently used by Christians for members of their associations.

This impulse to channel care into the wider world during a crisis appears to stands in sharp contrast to what a few high-profile American Christians have said in response to the coronavirus pandemic.

Jerry Falwell Jr., a prominent evangelical leader and president of Liberty University, has been heavily criticized after announcing that students would be allowed to return to campus. He’s said the concerns about the virus are overblown.

Conservative political commentator, Glenn Beck, who has spoken often of his faith, urged the government not to sacrifice the economy for the sake of protecting the vulnerable, elderly, and immunocompromised.

On his March 24 radio show, Beck said, “I would rather have my children stay home and all of us who are over 50 go in and keep this economy going and working even if we all get sick. I’d rather die than kill the country. ’Cause it’s not the economy that’s dying, it’s the country.”

According to polling by the Pew Research Center released on March 19, a majority of white evangelicals believe “that the crisis has been blown out of proportion by the media.”

This stands in contrast to the impulse among some early Christians, and, no doubt, many modern Christians as well. In times of crisis, they sought to connect and share.