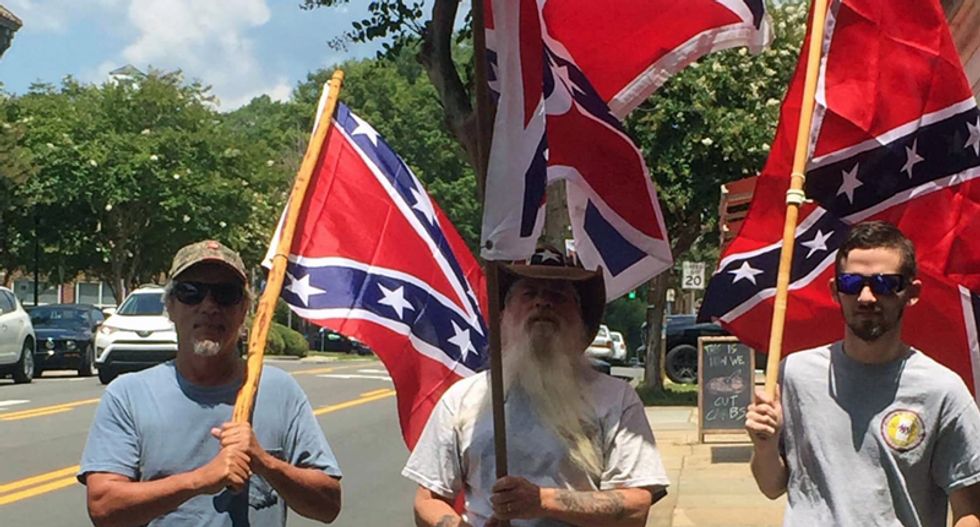 Supporters of the Confederate States of America in Hillsborough, North Carolina (Facebook)

Typically attacks on families of color manifest with hateful signs, KKK flyers, graffiti, and other vandalism, but one Cedarburg, Wisconsin family is getting hate mail hand-delivered from their official postal delivery person.

"What the f*ck happened to you that you would live with a piece of sh*t?" the letter asked, addressed to "The Scums." It went on to say that no one in the neighborhood "wants you infecting [the] area so that that *** and those turd's (sic) with you and get the f*ck out! Move to the ghetto scum!"

The letter appears to have been postmarked from Milwaukee.

The community plans to come together for a rally in support of the family on Thursday evening, March 5.