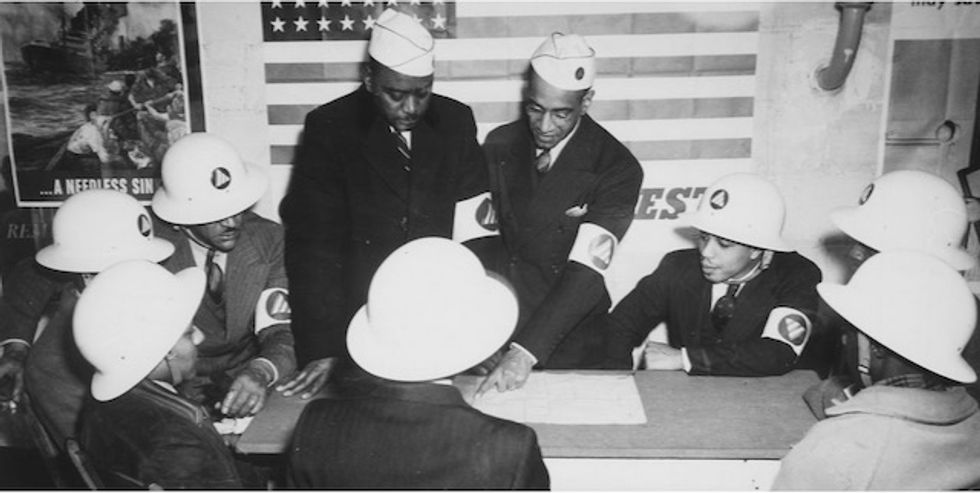 A key group of allies is missing in the U.S. effort to face the coronavirus pandemic: the American people.

In the wake of World War II and during the Cold War, the U.S. was the world’s best at planning and preparing for mobilizing the citizenry to take action in an emergency. In those days, the anticipated emergency was a nuclear attack on the U.S., likely resulting in a loss of national leadership that required local governments and members of the public to step up.

Every American was asked to help prepare for that possibility, storing extra supplies, planning to communicate with family members and developing survival skills. 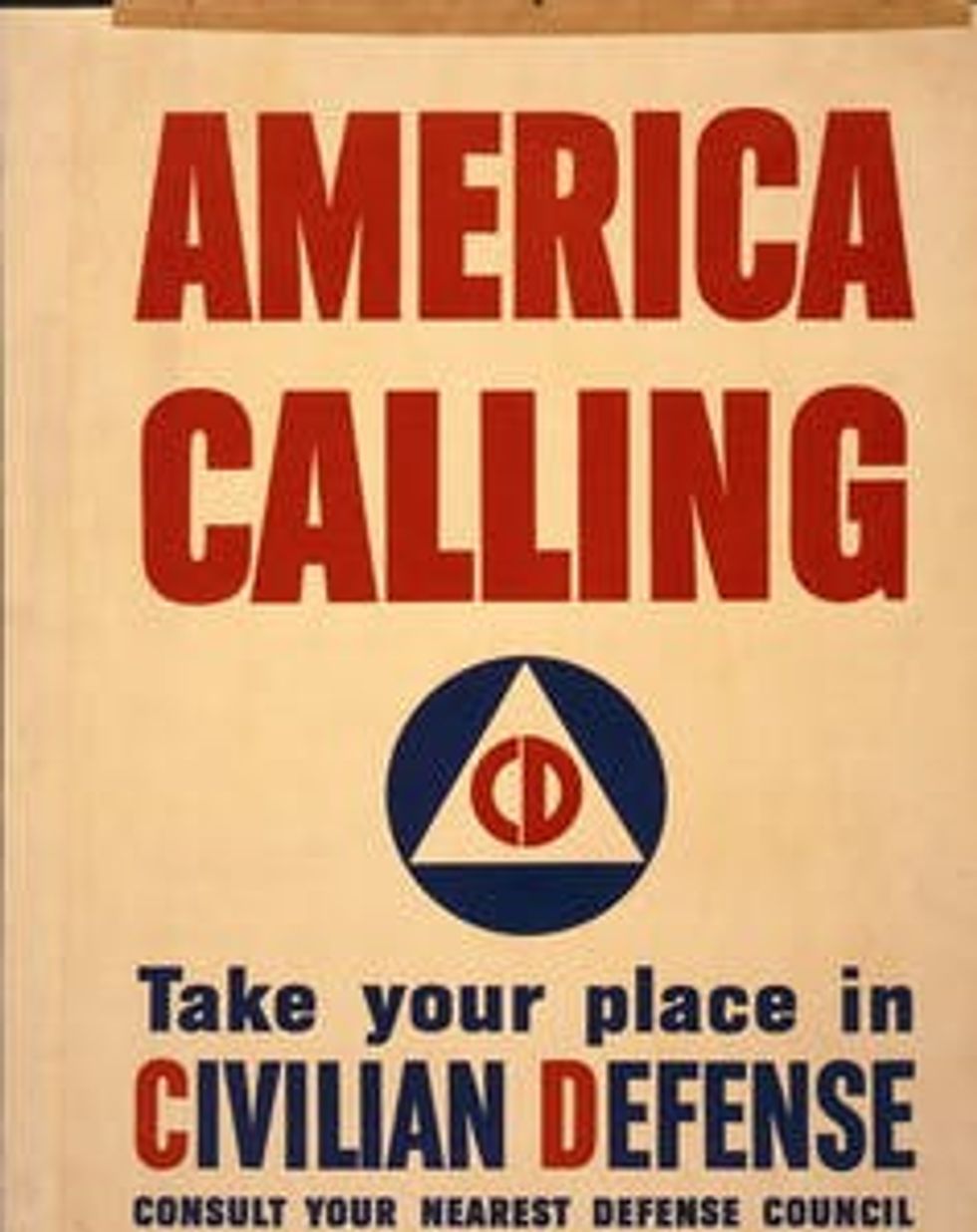 A poster from 1941 urged all Americans to contribute to community preparedness for emergencies.

Eventually, this type of “civil defense” planning grew to incorporate responses to other extreme events, such as hurricanes, tornadoes and earthquakes.

Over the latter half of the 20th century, the U.S. civil defense effort encouraged all Americans to be prepared to respond actively to a national emergency.

In recent years, however, Americans’ expectations have shifted from being ready to respond to passively waiting for help from a centralized, bureaucratic federal effort – usually led by the Federal Emergency Management Agency.

Bert the Turtle taught Americans to ‘duck and cover’ in the face of danger.

As professors of architecture and urban planning who study extreme events and historical forces shaping communities, we have firsthand experience in disaster response following Hurricanes Katrina and Maria. We have observed that federal emergency responses can often be poorly orchestrated and mismanaged, lacking the nimble effectiveness of local, citizen-organized efforts. That slows aid, and recovery.

But this was not always the case. Civil defense efforts once relied on the active efforts of citizens.

Created in 1947, the National Security Resources Board was charged with overseeing the nation’s civil defense preparations. The agency oversaw a coordinated communications effort that included reserving dedicated radio frequencies for broadcasting emergency information, issuing instructional posters and pamphlets. Its efforts also included producing short films for school-age children such as “Bert the Turtle” and “Duck and Cover,” which taught kids ways they could help keep themselves safe.

The board was also the origin of the once-ubiquitous Emergency Broadcast System, meant to give the public accurate information and instruction in an urgent situation. Its tests, including a script declaring that “this is a test … this is only a test,” would precede an ear-splitting tone interrupting radio and TV broadcasts.

Other civil defense efforts encouraged citizens to practice air raid drills, including training students to shelter under their classroom desks. Volunteers were mobilized to stock and maintain provisions and medical supplies in a decentralized network of fallout shelters in the basements of public buildings. This was common practice until the late 1970s.

One elementary school near Roswell, New Mexico, was even built fully underground to double as a fallout shelter. Some homeowners even built and stocked fallout shelters in their own basements. These efforts were locally run, but coordinated under the umbrella structure of national civil defense.

A 1987 test of the Emergency Broadcast System.

As the Cold War subsided, emergency management began to encompass other types of extreme events, which often required specialized equipment and expert training. That required a move to a more professional disaster response.

For instance, the Three Mile Island nuclear accident and the Love Canal contamination outpaced local resources and expertise. In their wake, President Jimmy Carter signed Executive Order 12148 in 1979, replacing a civilian-led civil defense organization with the Federal Emergency Management Agency. The current system, run by FEMA, does not actively encourage community planning or citizen participation, though there are materials and videos available on the agency’s website.

The lack of civic coordination shifts responsibility away from citizens working collectively – and in fact has left people seemingly less prepared to respond to a crisis.

Schools have closed, and with no real backup plan, most teachers have been forced to learn on the fly about how to provide distance learning and online education.

State and local governments struggle to coordinate containment zones, enforce quarantines and orchestrate the movement of people and goods.

Without guidance, people are waiting for help to arrive. In the meantime, the uncertainty has fueled panic-buying that has emptied stores, leaving critical care workers – and those too poor to buy in bulk or in advance – without reliable access to key foods and supplies.

The American medical care system is overwhelmed, and state and federal governments are struggling to allocate supplies and distribute equipment. Large businesses and industries have been slow or reluctant to shift production to making critically needed supplies. 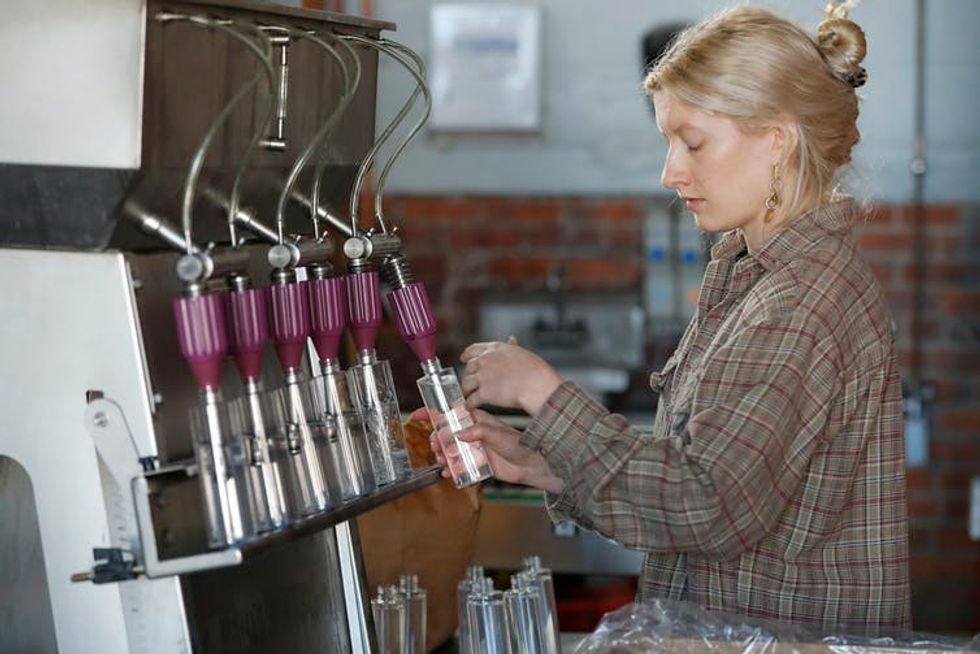 A distillery employee in Michigan fills bottles with hand sanitizer being made from the alcohol normally used in spirits the distillery sells.

Small organizations are able to adapt: Many have quickly shifted to fill the immediate need. Small wineries, microbreweries and distilleries are making hand sanitizer. Garment and uniform companies are making masks. Schools are using 3D printers to produce face shields.

These examples demonstrate that small-scale approaches can be effective in producing big results. In contrast, larger organizations are more bureaucratic and slower to respond. These inverse economies of scale mirror civil defense efforts: Many working collectively but independently are sometimes more effective than a larger centralized effort.

When facing an unexpected crisis, some amount of disorganization is probably inevitable. But other countries, such as Estonia, Sweden, Finland, Nigeria and Australia, actively work to engage all citizens in disaster preparedness, first aid training and other efforts that give people clear and productive tasks to accomplish.

Following their example – and indeed the United States’ own history – could help create a system of federal oversight and coordination complemented by prepared and trained local responders. That could better prepare the public to pull together as a collective civic community when disaster next strikes.