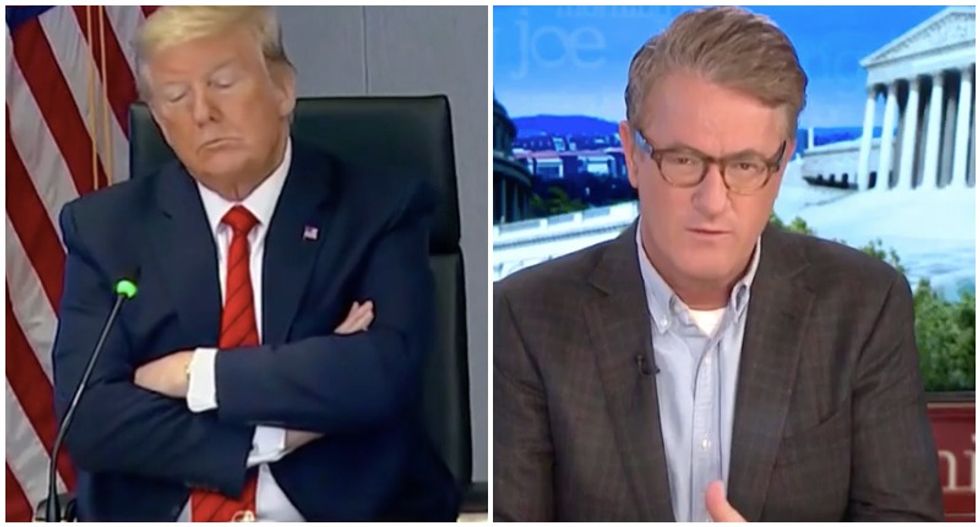 The president last week attacked Joe Biden as a "sleepy guy in the basement," referring to his Democratic rival's campaign podcasts recorded at home during the pandemic, and the "Morning Joe" host said Trump's attacks often projected his own weaknesses.

"We showed a clip of Donald Trump nodding off, looked like he was nodding off," Scarborough said.

Co-host Mika Brzezinski said the president was, in fact, sleeping during the meeting.

"In a coronavirus meeting," Scarborough said. "So, you know, as we've said before, everything with Donald Trump, well, it's either confession [or projection]."

Scarborough commented as the video showed Trump closing his eyes and momentarily nodding off as Vice President Mike Pence spoke during the meeting.

"Go to sleep, Donald, go to sleep," he said. "Wake up, there's Mike, he's talking about you. It is either confession or it is projection."

Scarborough, , who spent much of Wednesday morning discussing the president's apparent "cognitive decline," then rolled a supercut of Trump mangling words and wandering aimlessly during public events.