'He can't quit us': MSNBC's Morning Joe begs Trump to turn off the TV and get to work on coronavirus 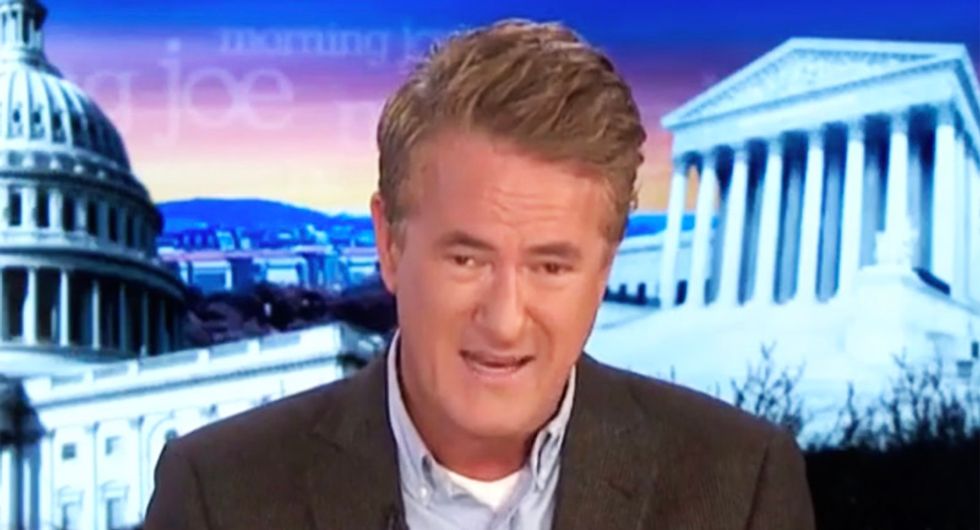 MSNBC's Joe Scarborough bashed President Donald Trump for whining about himself as the coronavirus death toll continues to climb.

The "Morning Joe" host laughed off the president's personal attack early Tuesday, and he ripped Trump again as he continued tweeting about coverage of his COVID-19 failures.

"We hope you're having a better day than the president of the United States this morning," Scarborough said. "He's continuing to tweet. As you all know, and as our viewers know, I recommended to the president several years ago to please stop watching our show, that he'd be better for it, the country would be better for it, he'd be able to work more clearly. He just can't get it out of his head, he can't quit us. That makes me sad."

The president again boasted about television ratings for his daily coronavirus briefings, and Scarborough begged him to focus on the American public instead of himself.

"The tweets continue, now he's talking again, as we have deaths over 42,000, 43,000 -- it'll be at 50,000 too soon," Scarborough said. "Even though Trump wackos are spreading conspiracy theories that the lockdowns were a scheme by Democrats. The president yesterday said, 'If we didn't have lockdowns, 1 or 2 million people would die.'"

"In the middle of a pandemic that killed more than were killed on 9/11, a 19-year war in Afghanistan, both Iraq wars, more Americans killed by this pandemic, which the president said was only one person coming in from China and would go away magically in April," he added. "More Americans have died in in pandemic than the entire Korean War in combat deaths. In the middle of this, quote, war, as the president called it, he's tweeting about his ratings."

Scarborough said that should be reason enough for networks -- including MSNBC -- to stop airing those daily news conferences.

"As America is falling further behind per capita in testing, Donald Trump is talking about ratings at his afternoon press conference," he said. "You'd think news executives would look and say, wait a second, maybe this guy's not being serious. Maybe we shouldn't be running those vanity projects."