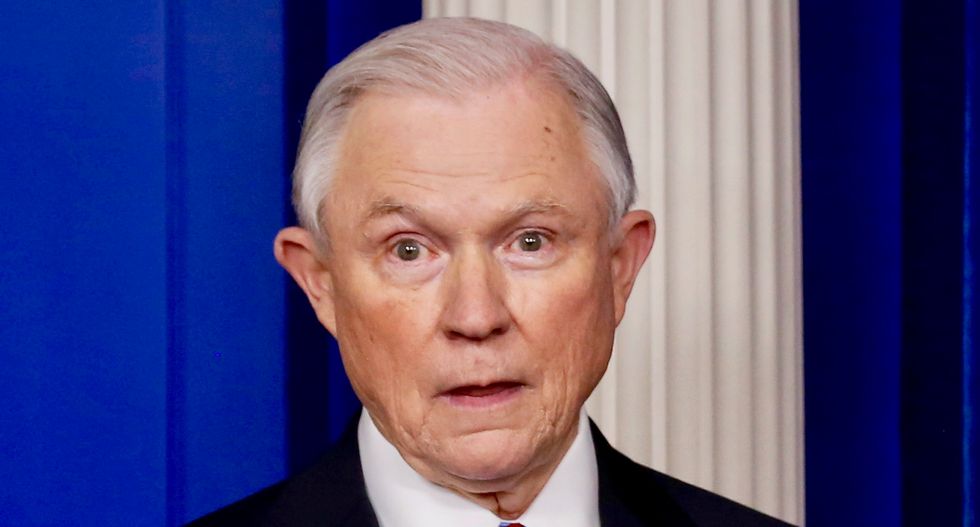 Former Trump Attorney General Jeff Sessions, who is working to win back his old Senate seat in Alabama, has just suffered a fresh humiliation.

The New York Times reports that President Donald Trump's campaign this week sent a letter to Sessions demanding that he stop tying himself to the president in an effort to win votes.

"The Trump campaign has learned that your U.S. Senate campaign is circulating mailers like the one I have enclosed, in which you misleadingly promote your connections to and ‘support’ of President Trump," the letter to Sessions's campaign states. "We only assume your campaign is doing this to confuse President Trump’s loyal supporters in Alabama into believing the president supports your candidacy in the upcoming primary runoff election. Nothing could be further from the truth."

Trump humiliated Sessions last month when he endorsed Republican rival Tommy Tuberville for the 2020 Alabama Senate race, even though Sessions had repeatedly said complimentary things about Trump during the campaign in an effort to regain his favor.

Trump regularly made Sessions his personal whipping boy during his tenure as attorney general, and he was particularly upset that Sessions recused himself from overseeing special counsel Robert Mueller's investigation into Russian interference in the 2016 presidential election.