'Just plain dumb': MSNBC host goes off on protesters who think COVID-19 is 'no worse than the flu' 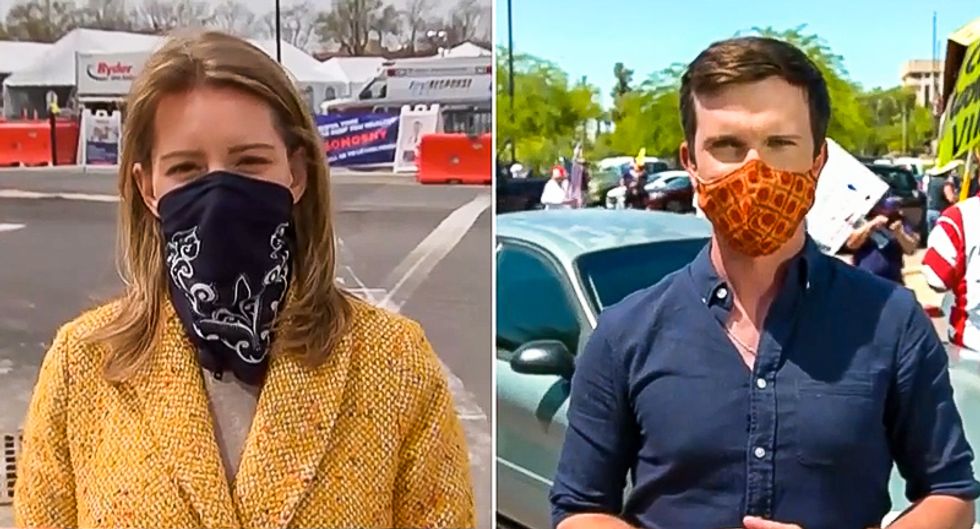 MSNBC host Katy Tur on Monday admonished people who are protesting government stay-at-home orders and wrongly believe that COVID-19 is "no worse" than the seasonal flu.

MSNBC correspondent Vaughn Hillyard explained to Tur that one woman had brought her four children to the protest in Phoenix, Arizona.

"Well, Vaughn, that is just plain dumb," Tur replied. "I mean, it's just dumb to call it the flu. I don't think any of us would be standing on street corners wearing masks if it was just the flu."

"Also, the flu has a vaccine," the MSNBC host pointed out. "This does not have a vaccine. The flu is not as contagious as this seems to be, according to everybody that has experienced it."

Tur lamented that the network was having to cover the protests.

"They are not just putting themselves in danger, they are putting everyone around them in danger," Tur concluded.