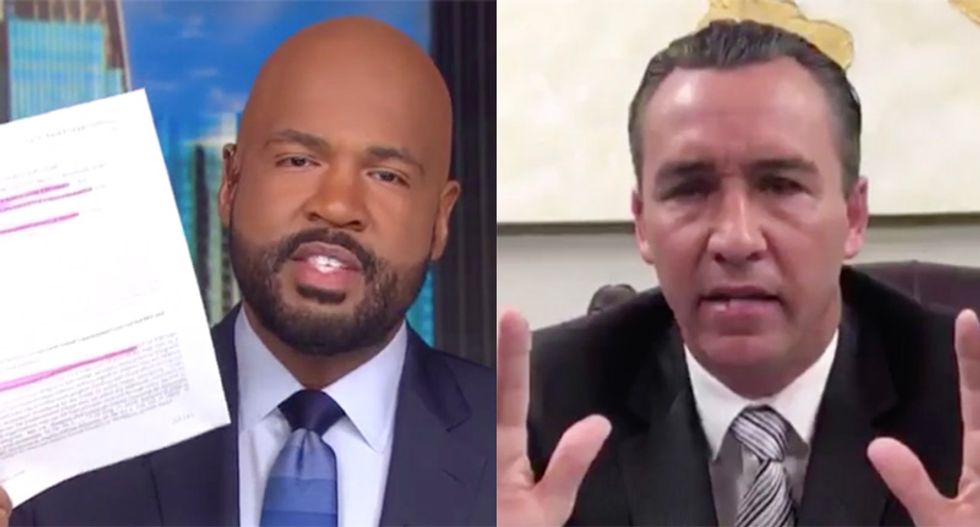 The Louisiana pastor who has been bussing in parishioners for Sunday services despite concerns over spearheading the COVID-19 virus, was put on the spot on Sunday morning by CNN's Victor Blackwell for asking those same church members to hand over their $1200 stimulus checks despite the fact that many of them are poor.

Speaking with the CNN host, Pastor Tony Spell of the Life Tabernacle Church first defended bussing people in despite putting them at risk of contracting the coronavirus, saying many were too poor to have internet access where they could watch his services online.

That led the CNN host to point out that his concern over their lack of money hasn't stopped him from asking for their much-needed government check.

"You now are asking people who you know in your congregation who don't have much, can't even get to you without you picking them up to hand over the $1,200 stimulus check. Why?" Blackwell asked.

"The Pastor Spell stimulus challenge is to help those who do not get stimulus such as evangelists and missionaries," Spell shot back. "So this morning, these evangelists and foreign missionary who have not had payments for five weeks now will be in the service this morning where we'll give them a large offering."

"Hold on, pastor," Blackwell cut in. "Non-profits and faith-based ministries can apply for the paycheck protection program. You can get the --."

"We don't want to," Spell interrupted.

"But that is your choice. I just made sure that I printed out these from the Small Business Administration website," Blackwell said, holding up highlighted documents. "You have the option. My question is and I'll let you answer. I will let you answer, but to say that people who you know don't have much, you have to go and pick them up to bring them to your church to then ask them to hand over the $1,200, the only money some people will have, and you have another option, why not give that money to them and why isn't this a time for the church to give to those who do not have?"

"We are giving to those who do not have," the pastor attempted. "Number one, I said, this is a challenge. We are challenging you, if you can, give your stimulus package to evangelists and missionaries who do not get the package. They don't file taxes the way you and I do, Victor. Secondly, we are giving to those people who are the most needy, okay? We are giving to them and we do not want SBA loans. We don't want the government to give us a dime. We are happy to provide for ourselves, never will our federal or state government put one penny into our church, because the second they do, they control us."