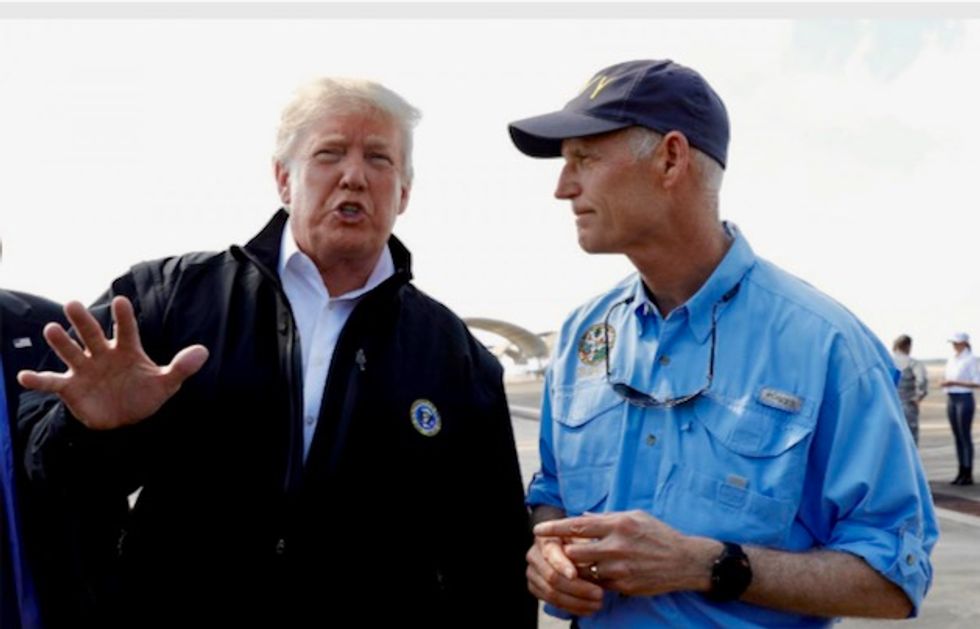 Republicans admitted Florida's unemployment system was "designed to fail" -- and then whined about their election chances now that the system was overwhelmed by thousands of suddenly jobless people.

The U.S. economy collapsed under the weight of the coronavirus outbreak that's nowhere near abating, and Florida Republicans are forming a circular firing squad now that unemployed workers are finding the "Connect" system was purposefully designed to discourage new claims to keep jobless numbers down.

“Everyone we talk to in that office when we ask them what happened tells us, ‘the system was designed to fail,’” one adviser to Gov. Ron DeSantis told Politico. “That’s not a problem when unemployment is 2.8 percent, but it’s a problem now. And no system we have can handle 25,000 people a day.”

The system was implemented by former Gov. Rick Scott, now a GOP senator, and the state's Republican-led legislature, which promised business groups Connect would grant them tax breaks while delivering just $275 in unemployment benefits to jobless workers for a maximum of 12 weeks.

Their admissions and blame-shifting sparked fury across social media.

I'm begging y'all to stop voting for Florida Republicans. They're fucking monsters. Miss me with any lesser of 2 e… https://t.co/4Bd6yxTMmH
— Nikki Navaille (@Nikki Navaille) 1585918048.0

@HelenKennedy If they figured out a way to fake the unemployment numbers, you have to wonder what they've been doin… https://t.co/FUr1oOCIHm
— Dander Bogaerts (@Dander Bogaerts) 1585921041.0

nice reminder that rick scott is one of the most ghoulishly cruel figures in american politics https://t.co/4D69GeuPY7
— b-boy bouiebaisse (@b-boy bouiebaisse) 1585917833.0