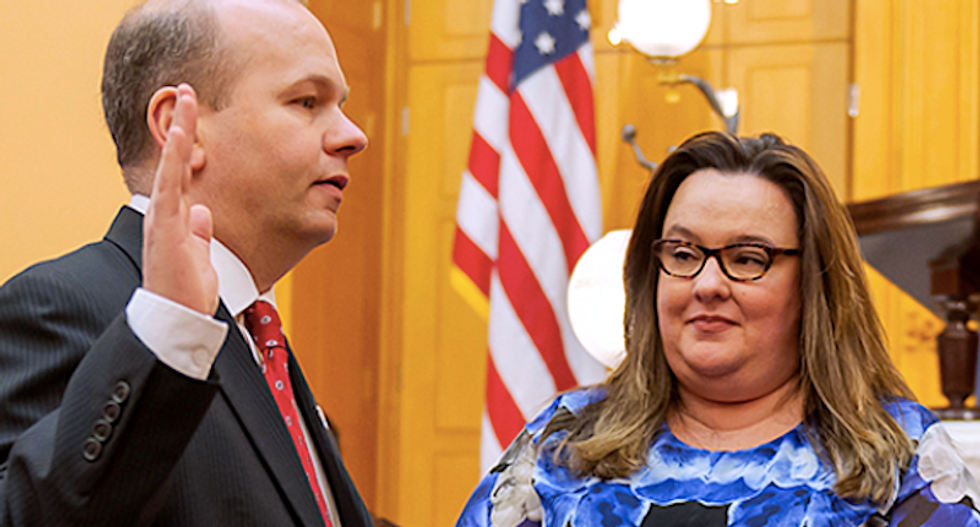 An Ohio state senator and his wife compared the state's health director, who is Jewish, to Nazis and the biblical Antichrist.

"With a German accent, in your head say 'Show me your papers,'" Sara Marie Brenner posted on Facebook and tagged her husband, a Republican from Powell.

Acton, who has been a target for conservatives frustrated by economic hardships resulting from the coronavirus lockdowns, endorsed issuing a certificate for those who can prove immunity to COVID-19 -- which the Brenners compared to Nazi Germany and apocalyptic scripture.

"This is worse than China, for heaven’s sake," they added. "This actually feels like Hitler’s Germany where you had to have blonde hair and blue eyes to be able to function anywhere, and you were damned otherwise. When are people going to say enough is enough?"

A recent poll showed nearly 80 percent of Ohioans approved of DeWine's handling of the pandemic, which has more than 13,000 confirmed cases and 557 deaths.

Brenner himself questioned the number of deaths in a Facebook post on his official legislative account, and called for DeWine to lift the stay-at-home order he has promised to begin easing on May 1.

"Deaths unrelated to coronavirus, generations of businesses and wealth destroyed, depression, suicide, domestic violence, children malnourished, people dying alone ... this is why we must reopen Ohio," Brenner posted. "The cure is far worse than the virus at this point."